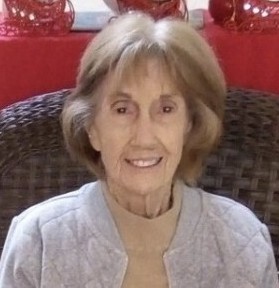 June Johnson, longtime resident of Manhattan Beach, passed away on Easter Sunday, April 1, 2018, at the age of 94. June was born in Detroit, Michigan to Harry and Ethel Smith. They moved to California in 1928 and settled in Manhattan Beach in the late 1930’s. June met her future husband, Bob, in June of 1943 and were married in April of 1944. June worked at MGM studios while her husband was overseas serving in World War II. While raising three daughters, June worked for the Manhattan Beach City School District. She began college in 1966 and earned her B.A., M.A., and PhD. from UCLA in the field of Art and Architectural History. She was a curator of Arts and Antiquities at the J. Paul Getty Villas in Malibu. She wrote a book “Traditions in Architecture” and taught college at El Camino and UCLA until 2008. June enjoyed going to her health club and spending her summers with her husband in Lake Chautauqua, New York. She especially loved living in Manhattan Beach for over 75 years. June is survived by her loving daughters Wendy, Heidi and Gretchen; grandchildren Jennifer, Angela, Jayson and Shannon; nephews Howard, Robb and Mike Ellis. She was preceded in death by her husband, Bob and her sister, Marie.