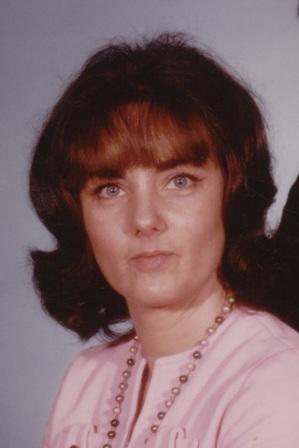 Judy Mae Randall Musser, 77, of Torrance California, passed away on Saturday, September 28th. She was born to Pearl and Roscoe Bach, December 30, 1935, in Otway, OH. She married the late Gilbert Eugene Randall in 1957 at the age of 21, raised two sons and lived in Ohio for many years before the family moved to Torrance, California in 1971. After the sudden passing of her first husband in 1979, she married the late Robert Musser. Judy and Bob had a wonderful life together as their families merged. Judy was an amazing seamstress at Sears and Candle Light Tuxedos where she retired in 2004. She continued her skills and began restoring antique dolls for a local beach shop. In addition to restoration, sewing was Judy's passion and hobby, which she continued for her lifetime. Judy was a member of the First Christian Church of Torrance and she loved to be with family and friends. She enjoyed traveling, and most often took trips back east to visit her brothers and sisters. Judy was survived by two sons: Tony and David, Daughter-in-law: Cindy, Daughter-from-the-heart: Tara, two grandchildren: Bryan and Kimberly, and two great-grandchildren: Emily and Logan. She was also survived by her brothers and sisters: Dorothy, Bessie-Ann, Greg and Don. Burial will be held at 10:00 am Saturday, October 12th, at Pacific Crest Cemetery, Redondo Beach. All friends and family are welcome. Please wear something blue, her favorite color.