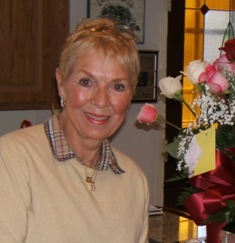 Judith (Judi) Jo Williams November 12, 1941 - January 3, 2016 Judi was born on November 12th, 1941 in St. James, MO to parents Richard and Helen Hitchcock and sister Valerie. When Judi was a just little girl, the Hitchcock family decided to relocate to Santa Monica, California. At a young age, Judi considered herself a "tomboy". Judi and her family loved camping, hiking, fishing and riding horses in the Eastern Sierra Mountains as well as local Big Bear Lake. Judi's love of the outdoors and mountains would last a lifetime. As a teenager, Judi attended Santa Monica High School where she was a flag twirler and played competitive tennis. While Judi enjoyed all sports, it was tennis that would become her lifetime passion. Judi was a star on the varsity tennis team and went on to compete in tournaments at the highest levels. Judi's success on the court ultimately led to a national ranking on the tennis circuit. Judi would later turn her passion for tennis into a career as a professional tennis instructor for the city of Torrance as well as top private tennis clubs throughout the South Bay. Judi taught tennis for nearly three decades and even owned her own tennis retail store. With all Judi's accomplishments, her greatest joy in life was her family. Judi first married in 1961 to Roger Horn. They had three children together: Cari, Brad and Brenda. Judi's children where the center of her world and she became the original "super mom". Judi passed her love of sports to her children by coaching their teams and serving as team mom and scorekeeper. Judi rarely missed a game, even if there were multiple games on the same day. Years later, Judi would show the same support and dedication for her grandchildren's activities, often driving hundreds of miles to attend a game or horseshow. Judi ("Grandma") was their #1 fan and biggest supporter. In 1990, Judi married the love of her life, Gary Williams. Judi and Gary have been happily married for 25 years. In later years as Judi's health deteriorate, Gary's love and compassion never wavered. Gary's love, support and dedication sustained and comforted Judi throughout the later years of her life. Judi is survived by her husband Gary Williams. Children Cari Utnehmer, Brad Horn and Brenda Bragia. Grandchildren Ryan, Garrett and Taylor Utnehmer, Jaydyn Bragia and Brandon Horn. Sister Valerie Burrowes, and niece Kim Colonelli and nephew Rick Burrowes.