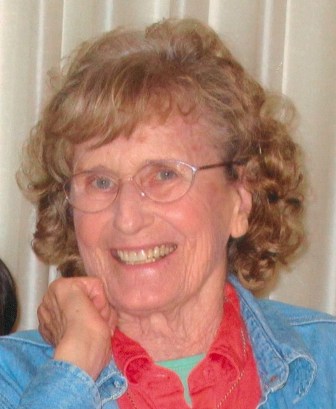 Judith Russell Senff Born November 4, 1930, Judith Russell Sherman Senff passed away on August 14, 2012. A devoted wife and mother, and loving grandmother, Judy was an inspiration to many and a friend to all. Judy's adventurous spirit brought her from Missouri to California in 1954, along with her husband, Harry, and son Kurt. A lover of nature, Judy spent summer vacations in Lake Havasu, and enjoyed camping, fishing and swimming. Judy was a world traveler and had the opportunity to explore much of the United States, Germany, Holland, India, Italy, and, most recently, China. She was an accomplished artist and expressed her love for art throughout her life. Judith is survived by, her sons, Kurt, Wally and Bill Senff; daughter Susi Griffiths; grandchildren, Katia, Erich, Tara, Leslie, Ian, Erin, Myla, Jennifer and Kevin; and daughters-in-law, Darcy, Mary and Toshiko. In celebration of her life, services will be held at 1:30pm on August 20 at The Wayfarers Chapel, 5755 Palos Verdes Drive South, Rancho Palos Verdes, CA 90275. To honor her memory, the family asks that donations be made to Torrance Memorial Healthcare Foundation, 3330 Lomita Boulevard, West Tower, Fourth Floor, Torrance, CA 90505, Attn: Jill Golden.