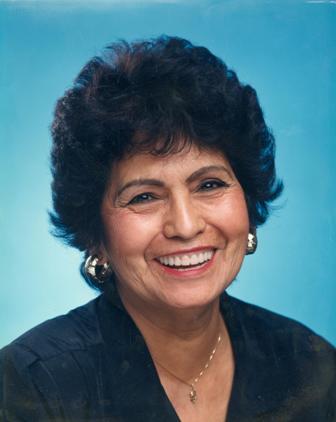 Juanita Salazar Morales April 22, 1920 - June 29, 2012 Juanita Morales passed away in Gardena, CA on June 29, 2012. She was born in San Antonio, Texas on April 22, 1920 to Anastacio and Tomasa Salazar. She lived in San Antonio until the early sixties, moving to Los Angeles, CA where she lived the remainder of her life. She spent most of her working life primarily at Hughes Aircraft where she formed many lasting friendships. She is survived by her daughters, Dee Lovato and Sylvia Morales as well as her sons Jesse Salas and Pete Morales. Her family, her friends and her animals meant everything to her! She will be greatly missed by all. The Memorial service will be held at Rice Mortuary on Thursday July 12, 2012 at 7:00 pm.