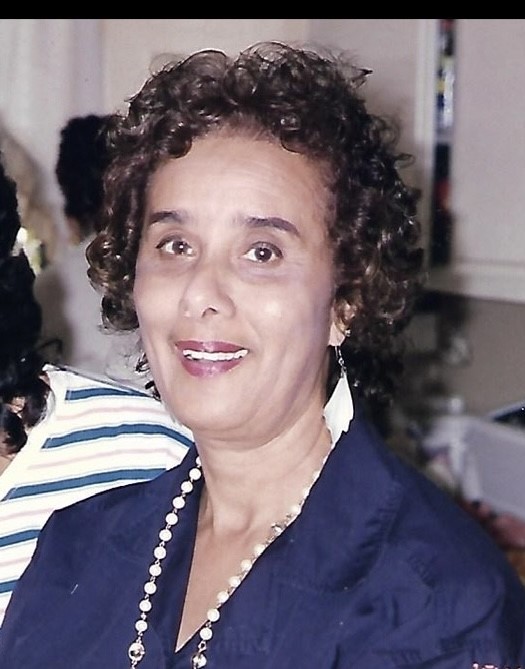 In what is known today as the “Great Migration of 1910 – 1970,” her father, Ovide, Jr.,brought Juanita, her sister Myra and their mother Mildred to visit California for Christmas in 1942. Looking for a better life for his family, he decided that very day that they should stay in Los Angeles where they permanently remained.

Juanita enjoyed life as a teenager and graduated from Dorsey High School in Los Angeles, California where she acquired many friends who remained close throughout the years and into adulthood.

Juanita married Don Baham in 1951 and they had five daughters: Denyse, Daryl, Valerie, Brenda, and Donna. They moved from Los Angeles to Carson in 1964. Juanita and Don divorced in 1965. Juanita remained in Carson for over 55 years.

In 1969 Juanita remarried Bob DeCoudreaux, and she welcomed three additional children into the family known today as Ava, Stuart, and Henri DeCoudreaux. Juanita and Bob enjoyed bowling with their club at Jolla Bowl in Long Beach. Bob passed away in 1992.

While raising her daughters, Juanita worked at Broadway Hospital. She later went to night school and trained to be an office administrator. Upon completion, she easily found work utilizing her nursing and office administrative skills for many years at several different medical facilities.

After leaving the medical field, Juanita decided to work for J.C. Penney where she discovered her passion for decorating and became an interior design consultant. After 10 years there, she retired. Then she was finally able to fully enjoy the life of Grandparenthood with her 15 grandchildren – Angela, Alicia, Jamaal, Hakan, Ariel, David, Christopher, Daniel, Cheyenne, Ahmad, Cira, LaShae, Hayley, James, Donald – and 11 great-grandchildren – Aminah, Akasha, Alana, Audrina, Paloma, Sanyia, Ari, Jace, Taylor, Tristan, Trinity, (with another one on the way!) who knew her affectionately as “Nana.”

In retirement, Juanita embraced spending time with many of her Creole friends and relatives while playing Pokeno in Le Club. They enjoyed socializing, traveling and of course, eating together. Juanita was proud of her Creole heritage and occasionally joked with her daughters about her obvious Louisiana accent. However, it was no joke when it came time to share about her beloved culture and making a serious pot of homemade gumbo. She was spontaneous and creative, known as being a social butterfly with a rather unique personality that was enjoyed by a multitude of friends and family members.

Juanita played piano, was a skilled seamstress who sewed handmade dresses for her daughters when they were young, did creative designs like mosaic artwork and had a “green thumb” like her grandfather, “Papa” Ovide Sr., when it came to gardening around her home in Carson. She kept a meticulous house and was well known for making her delicious potato salad. And let’s not forget how she loved to dance, exercise her intellectual skills in a heated game of Scrabble and boldly revealed her competitive side when she played a mean card game of “Nertz.”

Juanita passed away on October 8, 2022 at the age of 91. We will always remember her lively spirit and the extraordinary impact she had on all our lives.