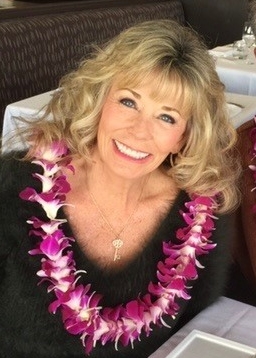 Joy Lynn Mainwaring, beloved wife, daughter, mother, grandmother, cousin and friend, passed away at the age of 68 on Monday, March 22, 2021 after a long, hard battle with cancer.

Joy was born in Redfield, South Dakota on May 28, 1952.  The family moved to Hawthorne, California, in 1954, shortly thereafter moving to Redondo Beach where she resided until her death.

Joy was confirmed into the Lutheran Faith at the age of 13.  She graduated from Redondo Union High School in 1970 and while in high school was actively involved with many school activities including Drill Team and Song Leading.  In her Junior year, she was Pacific Shores Queen and finished out her senior year as Co-Ed Ball Queen.

That same year she met and married Charles Hawkins, to this union, Chad Edward and Heidi Joy were born.   In 1981 she met and in 1987 married her life long love, Jim Mainwaring, becoming a Step Mother to Ryan, Travis and Megan.

Her career as an Administrative Assistance started at Tylan Corporation and eventually TRW/Northrup Grumman where she retired after 31 years in 2014.

She was a definition of her own name and brought Joy to all of those around her. To know her, was to love her.  She was the life of every party, always had a flower in her hair, loved entertaining and baked birthday cakes for all she knew. She loved to dance, enjoyed her daily walks and cherished her monthly Bunco with her girls.

Her final resting place will be at Pacific Crest Cemetery. Per her request, in lieu of flowers, donations can be made in her name for Cancer Research.