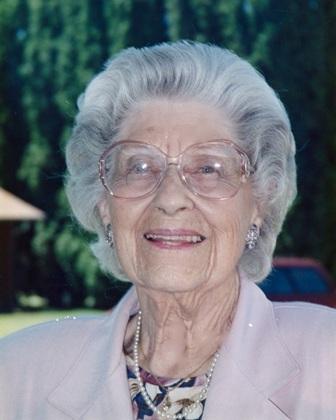 Josephine Moon Shumway Laura Josephine Moon Shumway, born at Mitchell, Nebraska, on June 7, 1913, passed away peacefully on August 27, 2013, in Glendale, California. She was 100 years old. When she was a young girl at the Sunflower School, in the North Platte Valley of Nebraska, she heard one of the teachers playing the violin. It became Josephine's dream to play the violin. She also learned to play the piano and was a fine vocalist as well. Throughout the nearly seven decades of her active career she fostered an enjoyment of music with countless children and adults. Her early career was centered in Scottsbluff, Nebraska and Denver, Colorado. With her husband, Hugh Shumway, also a musician, she played in orchestras, taught music students, and performed at KOA, the leading Denver radio station. She was a vocal soloist at a radio station in South Dakota. Both she and Hugh were teachers with the National School Music Program in the Denver area. Relocating to Los Angeles during the World War II years, Hugh served his country as a USN SeaBee and Josephine worked soldering circuit boards for the "war effort." In 1948 they moved to Hawthorne, in the South Bay area. There, at the Hawthorne Christian School, Josephine established both vocal and instrumental music programs, became the Music Director at the Prairie Avenue Baptist Church, and maintained an extensive private teaching studio. She played violin with the Inglewood Symphony as early as 1949, and many of her students played with local youth symphonies. Moving to the Westchester-Playa del Rey area in 1959, in addition to re-establishing her private studio, she became the Choir Director at the Del Rey Baptist Church, directed the Children's Chorus and established Handbell Choir Programs at the Congregational Church of the Messiah, led a community women's chorus, The Notables, and was a founding member of the Westchester Symphony. For the Westchester Symphony (now the Culver City-Marina Symphony) she directed the Young Artist's Competition. In 1987 she moved to Summerland, in the Santa Barbara area. She found a new life working with the Santa Barbara Symphony Orchestra's Music Van Outreach Program for young students, became an Elder at the Summerland Presbyterian Church, and continued to play and teach until 2004. Her immediate family members, daughters Carole Mukogawa, Jeanne Shumway and her husband Joseph Limoli, and grandson, Eric Mukogawa will miss her, as will many in the Moon, Shumway, Mukogawa, Dosaj and Ward families. She has been interred alongside her beloved husband Hugh at the Pacific Crest Cemetery in Redondo Beach, California. In lieu of flowers, in order to continue her mission of making music possible for all children, we would like to suggest a donation in her name to: The Scholarship Fund Neighborhood Music School 358 S. Boyle Avenue Los Angeles, CA 90033 Attn: Wendy Kikkert, Administrator