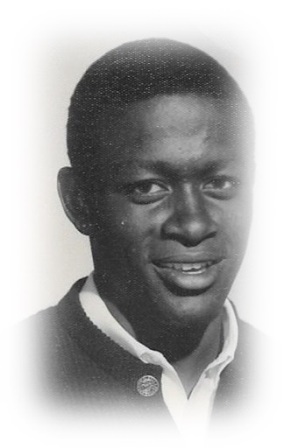 A Reflection of Life Joseph Timothy Shaw is loving husband, father, grandfather, great-grandfather, brother, uncle and friend who entered into eternal life on the 31st of October, two thousand fifteen. Joe nicknamed "Doochie" was born on the 17th of August, nineteen hundred and forty seven in Los Angeles, California in the back house of his Aunt Juanita Lee's home on 23rd Street. Joe was the third born to Willie T. Shaw Sr. and Freddie Mae Shaw (Myles), both of whom preceded him in death. Joe received his primary education in the Los Angeles School System attending Washington and Gardena High Schools. Joe received Christ at an early age; he and his family attended Solid Rock Baptist Church in Los Angeles, California. During his life's journey Joe married twice. He was united in matrimony to Francie Kay Carr in 1970. Their union was blessed with a son and a daughter, Darnell and Dealane Shaw. In 1981 he married his current wife, of 33 years, Eloise Meta Flory. This union was blessed with a son Avery Shaw and a stepson Barry Swan. They resided in Los Angeles during the early years of their marriage. In 1990 they decided to relocate to Bethany Louisiana where they lived for 11 years. In 2001, they traveled with his son Darnell living in Sierra Vista, Arizona, and Fort Irwin, California. In 2004, they moved to Barstow, California where they resided. Joe was a very dependable man who always brightened a room as he entered, because of his love for family and friends. He was always hard working and had a natural ability to know how to repair almost anything. He was truly the go to person when it came to getting things done. Joe enjoyed hunting, fishing, bowling, and participated in the Deaf Olympics as a tennis player. All who came in contact with Joe knew that he could always be counted on and that he cherished his grandchildren. Joe was preceded in death by brothers, Willie T. Shaw Jr, Dwight C. Shaw, and Jerri E. Shaw, to whom he was very close. Beautiful memories will always be cherished by his loving wife Eloise Shaw; son and daughter in-law Darnell and Avery Shaw; daughter Dealane Shaw; son Avery Shaw, and stepson Barry Swan; grandchildren Sean Lee, Danyelle Shaw, Daijon Shaw, Briana Lee, Erin Swan, and Jamal Swan; his great grandchildren Nylah Lee and Ezri Swan; his brother and wife Charles and Ella Shaw; his sister Belinda Wiley; sister in-laws Ethel Shaw (wife of Dwight Shaw) and Sandie Shaw (wife of Jerri Shaw); his nephews and nieces Terron, Kevin, Tarron, Chaundi, Nichelle, Jason, Tanaya, and Sherri; as well as his extended family and friends.