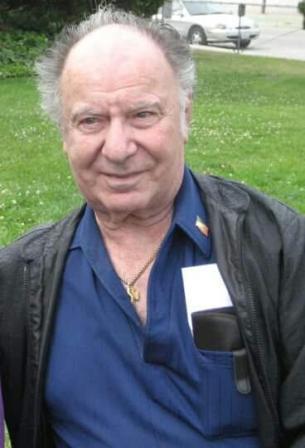 Joseph Luke Spera, 89, passed away peacefully on Wednesday March 29th at Little Company of Mary Hospital in Torrance, California. He was born on July 24, 1927 in Los Angeles to Vincenzo and Lucy Spera. Joseph grew up in Los Angeles, attending and playing baseball for Freemont High School where he was scouted by the Cleveland Indians; however at the time of being scouted for major league baseball, he had already signed up for voluntary military service. After graduating high school Joseph spent four years in the United States Navy as a parachute rigger. Post military service, he was hired by Northrop Aerospace where he worked for 38 years. During his career with Northrop, Joseph led Top Secret military projects, developed and held seven patents for his avionics (guidance systems) designs, attended night school to earn Mechanical & Electrical Engineering degrees, and attended the Police Academy to become a Reserve Officer for the Gardena Police Department. Joseph married the love of his life, Delores Theresa Messer on April 30, 1950. They were happily married for 60 years before her passing in 2010. He was a member of the Knights of Columbus. Early in his family life, he loved to go hunting, fishing, playing baseball, camping and bowling. As his family grew, he loved camping, boating, water skiing and house boating with the entire family. Joseph is survived by his daughter Teri Greene and husband Ron; son Joseph Spera and wife Elizabeth; daughter Anna-Marie Meunier and husband Tom; daughter Karen Crawley and husband Craig; five grandchildren, and four great grandchildren. He was affectionately known by his family as Papa Joe and he will be missed and loved eternally. Joseph was preceded in death by his parents Vincenzo and Lucy; his sisters Mary and Rosie and his loving wife Delores Theresa Spera. A viewing will be held at Rice Mortuary, 5310 Torrance Blvd, Torrance, CA 90503 at 6pm-8pm on Friday, April 7th. A funeral service will be held at St James Catholic Church, 415 Vincent St, Redondo Beach, CA 90277 at 11am on Saturday, April 8th. Burial will follow the funeral at Holy Cross Cemetery, 5835 W Slauson Ave, Culver City, CA 90230.