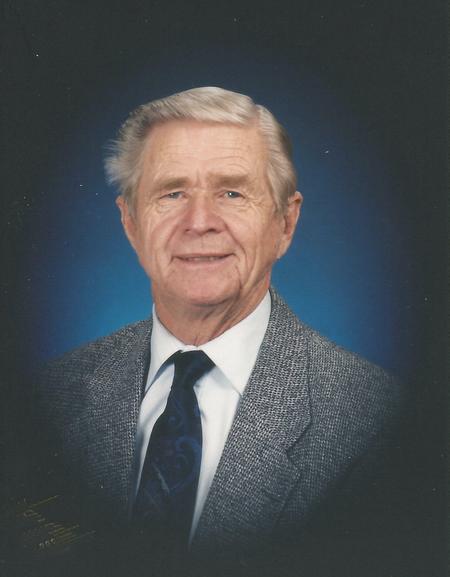 Joseph Lee Harris April 6, 1930 - December 12, 2012 Long time Torrance, California resident Joseph Lee Harris died December 12, 2012 after being diagnosed with an aggressive form of lung cancer in October 2012. Joseph was a widower and had been married to Hilda Harris for over 50 years. Together they had five children, Deborah Harris-Meek of Torrance, Jackie Harris Reynolds of Hot Springs, Arkansas, Alicia Harris-Erlemann of Lucas, Texas, Rebecca Harris of Tucson, Arizona, and Craig Harris of Gallivare, Sweden survive him. He had 11 grandchildren and four great-grandchildren. Joe worked as a Field Engineer- Surveyor for EL Pearson and retired in the early 1990's . Born in Paducah, Kentucky, April 6, 1930 he grew up in Pine Buff, Arkansas. He and the family moved to the South Bay Area in the early 1950's and resided in Torrance for 56 years. He attended the University of Southeastern Arkansas and studied Forest Management. He was very active his entire life enjoying walking, bike riding, motorcycle riding, flying private airplanes, traveling, camping, hunting, fishing, tinkering in the garage on cars, boats, motorcycles, lawnmowers, and he was a certified gemologist and loved to look at gems through his microscope, especially diamonds. He was never without a project(s). He had been active in the Good Shepherd Lutheran Church on Victor Street and for a short time at the First Lutheran Church on Carson Street in Torrance. He was interested and fascinated by everything and was forever seeking knowledge for the sake of knowing. He lived a life filled to the brim with valuable experiences and a myriad of adventures. He will be sorely missed by all his family and friends. A memorial will be held at Spires Restaurant located at 21107 Hawthorne Blvd, Torrance, California, 90503 on February 23, 2013 @ 10:30 with a burial in Pine Bluff, Arkansas next to Hilda in April. In lieu of flowers the family suggests a donation to the National Arbor Foundation to plant trees in Joe's name in our National Forests or to the American Lung Association.