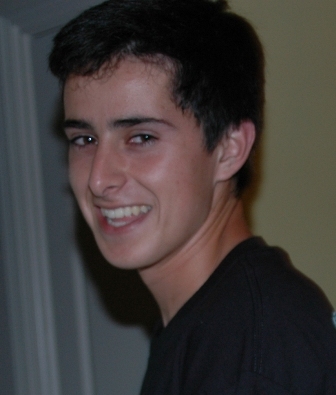 Joseph Licciardone April 22, 1994 – March 14, 2016 Joseph Emilio Licciardone passed away on March 14, 2016 as a result of the multiple injuries sustained from a boating accident on the Colorado River near Blythe, Ca. His friends and family were by his side when he drifted off to be with the Lord. He was born to Connie and Leo Licciardone of Hawthorne, Ca on April 22, 1994 in Torrance. Joseph attended American Martyrs School and Mira Costa High School in Manhattan Beach, Ca. He was currently in the fourth year of a five-year Mechanical Engineering Program at Cal State Fullerton. Joe, as he was affectionately called by friends, was a genuinely happy and kind person passionate about soccer, playing drums for friends, grooving to alternative rock music, hanging out at the beach, and developing deep and lasting friendships. His wit and ready smile touched many wherever he went. In college he was excited about a limitless future applying his fast developing engineering skills in a manner that would better the world at large. His kindness lives on in our hearts as well as those whose lives he extended by donating his organs. As a registered donor five people now wake up with the hope of living quality lives with their loved ones and others will have improved sight, skin revived, and facial bones restored. Joseph is survived by his parents Connie and Leo Licciardone, his brother Vincent Licciardone of Hawthorne, brother Brian Barnes of Torrance, sister Marie Kelly of Redondo Beach, and sister Nicole Morris of Torrance. He was a playful uncle to Sophia, Aiden, Ethan, Julia, Andrew, and Jayde. He is survived by in-laws Rosie, Ron, and Chris as well as nine aunts and uncles and 20 cousins living in California, New York, Texas and New Mexico. Grandmothers Viola Romero of Redondo Beach and Mary Licciardone of Yonkers, New York also mourn their grandchild. He will also be missed by the countless friends around the South Bay and Cal State Fullerton. Funeral arrangements are being handled by Lighthouse Memorial/Rice Mortuary in Gardena with no public viewing planned. The funeral will be held at 11:00 am on Wednesday, March 23rd at American Martyrs Church in Manhattan Beach with a reception immediately afterwards in nearby O'Donnell Hall. In lieu of flowers please consider donations to organizations local to you which encourage youths to play soccer and realize a desire to play a musical instrument.