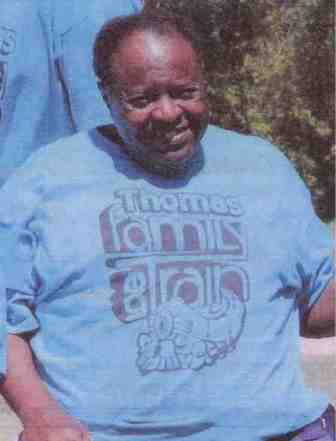 Mr. Joseph Davis Jr. was the oldest son of two children. He was born to Joseph Davis and Mabel Howard Davis in Morgan City Louisiana on November 17, 1943. Mr. Davis accepted Christ at an early age and attended Christian Baptist churches. When the family moved to California, in his teenage years he fell in love and married his wife Henrine Davis. He attended various schools in California earning a High School Diploma. Mr. Davis was a well-mannered, intelligent man who was known for his jokes and unusually sense of humor. During his free time he enjoyed cooking, eating, talking on the phone and watching his favorite sports. In-addition, because of his caring personality, he was inspired to pursue a career as a Care Provider. On February 14, 2014 at 6:30am Mr. Joseph Davis Jr. departed this life. He was preceded in death by his father, his mother and his wife Henrine Davis. He leaves to cherish his loving memories, his four children April Davis Riley, Sharon Davis Riley, Joseph Davis III, Debra Davis, his brother Charles Batchelor, his son-in-laws Peter Riley and Keith Riley, sister-in-law Brenda Batchelor, as well as 10 grandchildren, and a host of great-grandchildren, cousins, family members and friends.