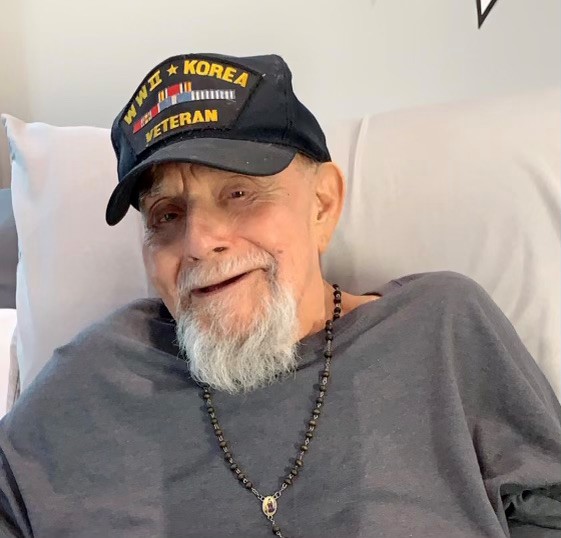 Jose Torres, beloved Uncle passed away on Wednesday December 2, 2020 at home with his niece Sugar and her husband Juan, niece Sheri, great-niece Frankee, and personal caregiver Ayriana. Jose, also known as “Joe” was born on August 5, 1928 in Lompoc, California. Joe was a longtime resident of Redondo Beach and lived in the South Bay for 87 years. Uncle Joe was a Veteran of the Korean War, in which he was very proud of. He worked for Metlox Pottery in Manhattan Beach for 35 years. He was a familiar face at little league, pop warner and basketball games. Jose enjoyed watching old movies, doing puzzles and being grouchy. Jose is survived by his sister, Jennie Torres. Preceded in death by his father Catarino Torres and mother Francisca Torres as well as 4 brothers, Marcos Torres, Emo Torres, Socko Torres, Clemente Torres and sister Henrietta Duarte. Uncle Joe, with many words of wisdom, taught us how to fight through thick and thin, no matter how hard times could be, he also wanted his family to know that “We should treat each other as equals.”

Uncle Joe, you will be dearly missed, but never forgotten.