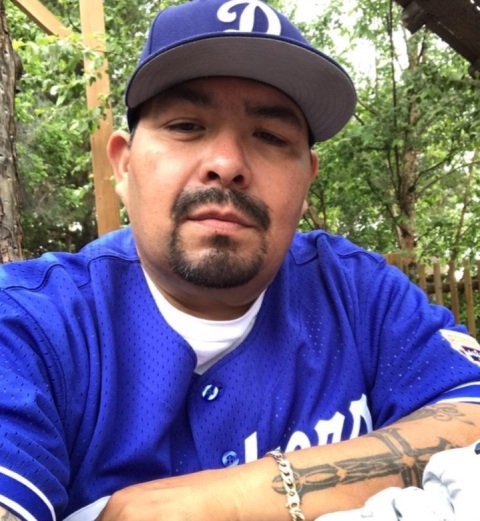 Johnny Beserra was born in Los Angeles county on August 6th 1972. His grandmother went to the hospital, wrapped him in a blanket, took him home with her on the bus to Gardena and raised him as her own. Johnny was then raised with his grandmother Lena Beserra, aunt Cathy Beserra, aunt Rita Davis, cousin Daniel Beserra, and cousin Sylvia Davis. He attended Gardena Elementary, Perry Junior High, then went on to graduate from Gardena High school. Johnny was a lover of life and life loved him back. He loved playing baseball as a kid and hanging on the block with all his friends. He enjoyed music at a young age and was so proud of his very first album by N.W.A. Johnny bought his first car a 1981 Buick Regal which he poured his heart into. Johnny enjoyed Lowrider oldies and West Coast Rap. You could always find him in his backyard next to his smoker cheering on the Dodgers, Lakers, and even the Chicago Bears. When he wasn’t cooking you could spot him at some of his favorite local restaurants. A torpedo from Giuliano’s, tamales from La Dona, teriyaki from Pit Burger, and Mexican food from La Villa. Johnny met Kristina in 1995, but they didn’t start to write their life story until 2003. The two had their first child Johnny Jr in 2004. Ms. Elayna came down from heaven in 2005, but was called back in 2010. Little JoJo (Joseph) was born in 2012. Johnny was truly a remarkable man. He met many people throughout his life and our lives will forever be changed without him. Johnny was a dedicated husband, father, brother, cousin, and friend to all and many.