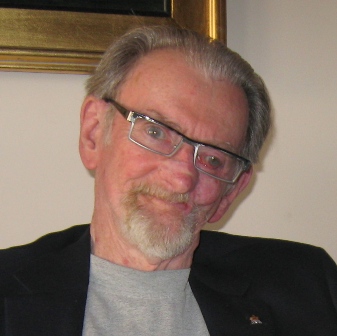 John W. Crowley, a long-time resident of Manhattan Beach passed away at home on February 27, 2013 at the age of 85. Born in Michigan and raised in Minnesota, John was preceded in death by his beloved wife, Loretta and loyal canine companions, Toshiba and Xena. He will be missed by his close and loving friends and neighbors who he endearingly called "Team Crowley". John proudly served in the United States Air Force as Staff Sargeant in the 3525th Aircraft Gunnery Squadron from 1946-1949. He went on to pursue a career in aerospace and enjoyed a long and stellar career for over 30 years, retiring from Northrup Grumman in 1989. John loved life and lived it to the fullest. His passions included cars, World War II aircraft, travel, classic movies, jazz music and native american art. He was an avid sports fan especially of auto racing and football. He was admired for his good humor, love of friends and animals and his generosity and kindness. He was especially proud to have assisted the St. Joseph's Indian School in South Dakota helping native american children and of his association with The Collings Foundation devoted to preserving aviation history through the restoration of landmark aircraft. A lifetime devout Catholic, funeral services will be held at American Martyrs Church in Manhattan Beach at noon, Saturday, March 9th. He will be laid to rest beside his wife at Green Hills Memorial Park in Rancho Palos Verdes.