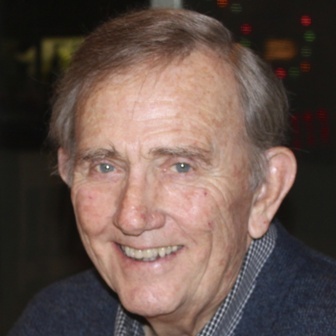 It is with deep regret that we announce the passing of John Vincent Conway, 82 on September 9, 2015 in San Pedro. John was born in Le Mars, Iowa on January 6, 1933. He was a long time resident of the South Bay and an educator in the Torrance Unified School District until his retirement in 1998. He started his career as a teacher at South High School in 1961. He taught mathematics and was a club sponsor, football coach, and served as the mathematics department chairman. John was also a union negotiator and served as the president of the teacher's union. As an administrator, John was the activities director at South High and then became a personnel coordinator for the district. John also coached many South Bay children in Pop Warner Football and Little League. John attended college at the University of South Dakota where he became an active member of the Gamma Alpha chapter of Beta Theta Pi, following his father and his brother and starting a family tradition with his son and grandchildren. John remained involved with Beta Theta Pi throughout his life through his loyal commitment to the Gamma Alpha Chapter, his service to Beta Theta Pi as a General Fraternity Officer and leadership program facilitator, and his commitment to advancing the Fraternity in the state of California and in support of the Men of Principles Initiative. John and his wife, Jenise, enjoyed travelling the world after his retirement, but he always made time between travels to attend the important events for his children and grandchildren in both California and in the Midwest, which created a magical bond between his children and grandchildren. His family was his most cherished asset. He is a wonderful example of a great father, coach and mentor. His zest for life was evident with his positive attitude, unrelenting smile and incredible sense of humor. He was truly an inspiration to his family, friends, co-workers and fellow Betas. John is survived by his loving wife, Jenise, his brother, James, his children, John, Kathleen, Mary, and David, their spouses, twelve grandchildren, and twelve great-grandchildren. John's Memorial Mass will be held at Holy Trinity Catholic Church in San Pedro on Thursday, 17 September at 10 a.m. In lieu of sending flowers, the family wishes that a donation be made payable to the John V. Conway Jr. Memorial Leadership Fund endowment in care of the Beta Foundation in Oxford (https://goo.gl/xYUGv0), which will sponsor undergraduates from South Dakota and Beta chapters in California to Beta's leadership programs that John so loved and served as a facilitator at annually.