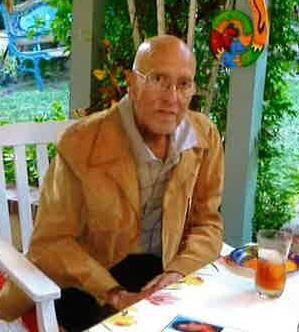 John ''Dickie'' Padilla born February 17, 1943 passed away at the age of 70 on January 13, 2014 at Torrance Memorial Hospital with his wife of 48 years Carol Padilla by his side. He is survived by son Evan (Michelle) Padilla; daughter Jessica (Lito) Padilla; daughter in-law Cara Padilla; grandchildren Matthew, Josh, Adam, Ava, Hunter; and brothers Edward and Dan Padilla. Preceded in death by parents John and Margaret; son Mark; and daughter Sylvia Padilla. John attended Morningside High School, and joined the US Navy. In 1975 he opened his company Ceramic Tile Installation and ran a successful business until his passing. John was a member of the NRA and Sierra Gun Club. He enjoyed tile painting classes with his brother, attending the Pomona NHRA drag races, car shows and spending time with his family, friends and neighbors. Rosary services will be held on Tues., Jan. 21 at 7pm at Lighthouse Memorials in Gardena. Mass will be Wed., Jan. 22 at 10am St Catherine Laboure Church in Torrance. In lieu of flowers, donations can be made @ www.youcaring.com search "John Padilla".