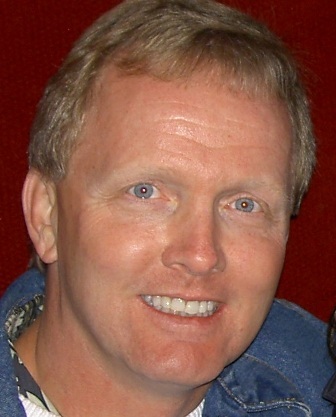 John R. Pioletti, age 57, of Redondo Beach, CA, passed away peacefully on January 18, 2017. John was born in Fort Bragg, NC, and was "raised" in the military, following his father from duty station to duty station. He experienced the world, and loved to travel. John was a dedicated son, husband, father, brother, and loyal friend. A patriotic American from a family of veterans. His military career spanned from the United States Marine Corps enlisted corps to the United States Air Force, where he retired with the rank of Major. His notorious sense of humor and wit combined with a genuine willingness to listen to others, led to lasting friendships, and earned him the ability to navigate a room of strangers and leave them feeling like they just met a friend. His passion for life, athletic activities and enjoying the great outdoors seemed limitless. He enjoyed skydiving, scuba diving, surfing, hiking, biking, running marathons, water and snow skiing, to name just a few. John always personally strived for excellence in all that he did, while always giving words of encouragement and positivity for others. John never met a stranger! He had numerous life achievements. The most important to him were being a husband to his wife Betsy, and a proud father to his son Justin. His primary mission since fatherhood was to build a foundation of core values with Justin that would prepare him for a lifetime of success. They were not just father and son, they were best friends. He never wasted an opportunity to spend time with him experiencing all that life had to offer, often at the edge of an adrenaline rush. His accomplishments were many. He was a Distinguished Graduate from US Marine Corps boot camp and US Air Force Officer Training School. He possessed a Bachelor of Science Degree, two Master's degrees, and he was working on his Doctorate. He was in command positions in the military, and top executive positions in corporate America. He was a man that always saw a way to improve upon himself, and always was the number one cheerleader for those that sought his mentorship and counsel. He worked with several Veterans organizations in the span of his lifetime. John is preceded in death by his mother Mary, and father, US Army Command Sergeant Major John F. Pioletti. He is survived by his wife Betsy and son Justin; sisters Terri Taylor (Curt) and Susie Shugg (Charly); nephews and nieces Matthew Taylor, Evan Taylor, Richard Shugg, Jonathan Shugg, Zach Adams, Lauren Halpin, Christian Avis, Phillip Avis and Madeleine Williams. Family and friends are invited to celebrate John's life at a Memorial Service at 1 p.m., on February 11, 2017, at Rice Mortuary in Torrance, CA. The family asks for gifts to the Leukemia and Lymphoma Society (www.lls.org) in lieu of flowers.