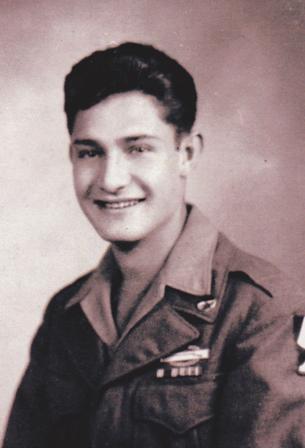 John R. Lopez passed away on Saturday, August 23, 2014 at their home in Torrance. Born in Reedley, CA, John was 88 when he died. An Army veteran, he served in Europe during World War II. Not long after returning home from the war, John married the love of his life, Helen (Gastelum) and together raised three (3) children. Blessed with great family and friends, they were always on the go. John is survived by wife, Helen; son, John (JoAnn) Lopez of Oceanside, CA; daughter, Dolly (Bob) Kimzey of McKinney, TX; son, Dennis (Doreen) Lopez of Torrance, CA; and brother, Richard (Gloria) Lopez of Lakewood, CA. John and Helen were also blessed with three (3) grandsons (Eric, Alan, and Kyle) and great-granddaughter (Anabella). The Memorial Service will be held at Rice Mortuary on Tuesday September 2, 2014 at 2:00 pm. followed by a reception in Rice's Lighthouse Reception Room until 5:00 pm. Parking is limited so please carpool as much as possible. A private burial will be at Riverside National Cemetery in Riverside. In lieu of flowers, donations may be made to Cheer for Children.