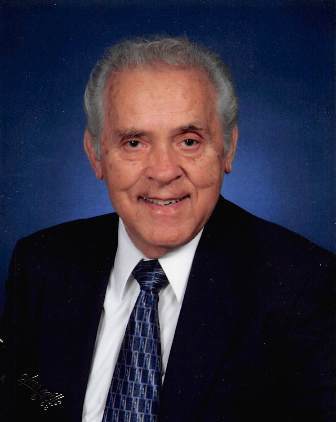 John Theodore Perparas was born in Kansas City, MO on October 19, 1932. He was the last child born to Greek immigrant parents, Theodore and Olga Perparas. John married Christina Litsis in 1955 at Annunciation Greek Orthodox Church in Kansas City, MO and moved to Torrance, CA in 1957, where he took a position at Northrop to work on the Snark missile. Later, he accepted a position at Continental Airlines and worked his way up to management. After 26 years at Continental, he returned to Northrop as an Avionics Engineering Specialist designing systems for the Stealth Bomber Program. During high school, he joined the ROTC and won trophies for being a sharp shooter. He was a proud veteran of the U.S. Army serving during the Korean War. John was very involved at Saint Katherine Greek Orthodox Church in Redondo Beach where he served as secretary and president of the Parish Council, Sunday school director; and a fun and informative Sunday school teacher. He enjoyed tennis, cooking, going to the theater, dancing with his sweetheart, and listening to music. He listened to the fabulous 50s, the blues, swing, jazz, rock n roll, and opera. John was a devoted son, a loving husband, the greatest dad, a wonderful grandfather, and a loyal friend. There was never a shortage of laughter when he was around his family and friends whether it was vacationing at Lake Havasu, working at the Greek Festival, or simple get-togethers. He will be missed by so many of us. John is preceded in death by his parents, Theodore and Olga; and his older brothers Gus and Jim. John is survived by his wife Christina; his children: Ted (Jacki), Steve, Greg, and Irene Travis (Kurt), seven grandchildren and two great grandsons: Jason (great grandsons - Ryland & Easton), Jeffrey, John, Kendall, Sara, Alyssa and Nick. Trisagion services will be held on Thursday, March 30, 2017 at 7:00 p.m. and the funeral will be on Friday, March 31, 2017 at 11:00 a.m. Both services will take place at Saint Katherine Greek Orthodox Church located at 722 Knob Hill in Redondo Beach, California. In lieu of flowers, donations may be made to Saint Katherine Greek Orthodox Church, 722 Knob Hill Avenue, Redondo Beach, CA 90277.