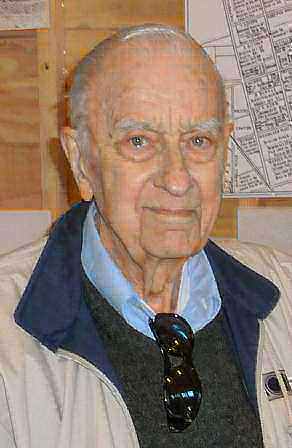 John Pemberton Kemper passed away peacefully at home in Torrance after a lengthy battle with cancer. He was 88. John was born in Anaheim, California on February 22, 1924 and died on April 12, 2012. He was married to his high school sweetheart, Jacqueline Murphy, for 62 years, until her death in 2007. He leaves seven children, twenty grandchildren, nine great grandchildren, one great-great grandchild, and numerous friends and colleagues. Growing up on his parents' orange ranch in Anaheim, he lived through the 1937 flood. After reading in the local paper that a "radio ham" provided the only viable communication until telephone service was restored, he determined to become one. He built his first crystal radio transceiver from scratch using instructions from a Popular Mechanics magazine. At age 15, he passed the Federal Communications Commission (FCC) radio amateur exam and received his license. He was an avid "ham" all his life. John turned this passion into a professional career. After WWII began, John, only 17 at the time, worked at the FCC Santa Ana Monitoring Station to intercept and monitor war-related radio transmissions. He was a top rated Morse code operator, able to simultaneously translate both sides of a communication. Later, as a Staff Sgt. in the U.S. Army, John was assigned to an intelligence unit that monitored and decrypted Morse code transmissions from the Pacific theater. After WWII, John returned to the FCC as an Electronic Engineer/Inspector, eventually managing the inspection program for three states. In 1948, he created and built the first FCC monitoring measurement vehicle for field engineering work. In 1949, he designed a Microwave Monitoring Vehicle, the first in the country, which became the FCC standard. In 1961, he was recruited by the Federal Aviation Agency (FAA), where he continued his legacy of "firsts". He was the inventor and producer of the K-95 Handheld Radio Direction Finder and was instrumental in the development of several electronic frequency management devices still used today. After retiring in 1982 as FAA Chief, Frequency Management and Leased Telecommunications for the Western-Pacific Region, he continued his government service, working as an author, trainer and consultant until late last year. One of his proudest achievements was developing a new Remote Controlled Direction Finder for radio frequency interference, now standard equipment throughout the country and abroad. During his forty years of government service, John received twenty special service and performance awards. John still found time for volunteer work. He was instrumental in revitalizing the Society of Airway Pioneers and was honored in 2009 with the Paul McAfee Award, recognizing his 67 years of leadership in the field of RFI, including designing and overseeing the production of equipment to resolve threats in the National Airspace System. He was a founding member and zip captain of the Torrance Amateur Radio Association (TARA), which assists the city with disaster preparedness and provides emergency communications during a major outage. TARA honored John with a special award last year, recognizing his 25 years of service to the organization. A dedicated family man, John fought his disease with a stoic and brave grace that was unique among men. He will be greatly missed by his thirty seven descendants as well as all who knew him. A Rosary and Tribute is 7pm Friday, April 20 at White and Day Mortuary in Redondo Beach. The Funeral Mass is 12:15pm, Saturday, April 21 at Our Lady of Guadalupe Church in Hermosa Beach. Burial is private.