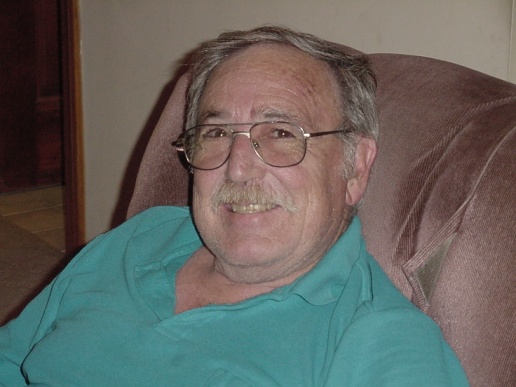 JOHN OLIVER BONUS January 24, 1935 - December 20, 2012 It is with great sadness that we announce the passing of John O. Bonus, 77, beloved husband, father, son, brother, grandfather, great-grandfather and friend. John was born in Los Angeles and is a native of California. He lived in the South Bay area all of his life. He graduated in 1952 from Redondo Union High School and started his career in Aerospace. He remained in the industry until he retired from AlliedSignal in 1994 at the age of 59. He met the love of his life Darlene, his Sweet Pea, in 1970. They met at work and through the company bowling league and ever since that first encounter, they knew this would be a lifetime of togetherness. Bowling has been a constant thread in their life and over the years, they have made lifelong friends which he considered his extended family. Along with bowling, he was an active member of the Fraternal Order of Eagles where he spent much of his time raising funds for those less fortunate. He enjoyed the ocean, fishing, football, cars, his pets and his favorite SOAP Opera. He deeply loved his family and was proud of his Norwegian heritage. His family and friends and all those he touched with his generosity, kindness and charm will always cherish the great memories he gave us. So raise your glass and bowl a strike in memory of John. He leaves behind his wife Darlene of 41 years; 3 children Jeff, Jill and Jeanette; 6 grandchildren Bree, Jessica, Jake, Karl, Annie and Ben; 3 great-grandchildren, Sage, Crista and Luca. There will be a viewing held Thursday the 27th of December 2012 from 9am to 11am at Rice Mortuary on Torrance Blvd. Following the viewing, the graveside service will be held at Inglewood Park Cemetery at 1pm. On Saturday the 29th of December 2012, a celebration of his life is planned for family and friends at the Gable House Bowling Alley , 22501 Hawthorne Blvd., Torrance, CA from 1pm to 4pm.