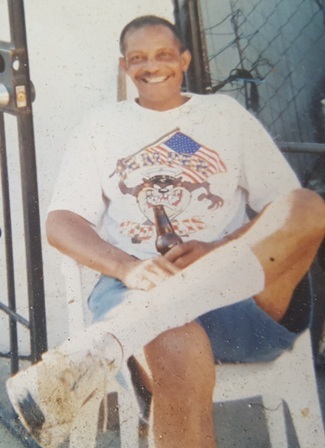 Affectionately known as "Butch," John Nixon Mills was born in Kinston, North Carolina to Beulah May Everett and John N. Mills. Butch's time in his hometown was cut short after he and his brother Melvin were sent to California when they were still in grade school. They took a bus cross country to Los Angeles with only $5.00 in their pockets and a box of fried chicken. Little did they know it would be the start of a new life and the last time they'd ever call Kinston home. John graduated from Manuel Arts High School in 1964 and immediately enlisted into the Marine Corps. He proudly served two tours in Vietnam receiving several metals and honors. Upon being honorably discharged John secured employment with Hills Pet Products where he remained employed 42 years. John retired in 2011 and lived the rest of his days enjoying life, spending time with his friends, daughter, grandchildren, and great-grandchild. John is survived by his daughter: Latoya Mills-Dennis; grand children: Rodney Dennis Jr., Rodnesha Dennis, Gregory Woods Jr., Davante Dennis, Dijon Dennis, Megan Dennis and Great-grandchild Sariyah Dennis; siblings: Melvin Mills, Donald Ray Mills, Patricia Wilburn and a host of Nieces, Nephews, family and friends. John was known as a kind, loving, and giving man. He will be missed by all who knew him.