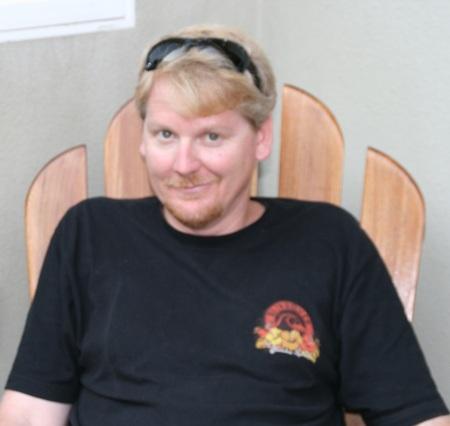 John Michael Zivec 1972 - 2013 John Michael Zivec, a Manhattan Beach native, passed away July 23, 2013. John was the youngest of three children born to Michael and Emma Zivec. John attended American Martyrs School, graduated from Bishop Montgomery High School in 1990 and California State University at Long Beach with a bachelor's degree in Criminal Justice Law Enforcement in 1994. A childhood of playing soccer, surfing, baseball and skateboarding led to his pursuit of adventure as a young adult. In high school John was part of a mountaineering club where his love for rock climbing began. This lead to challenging adventures with friends in Yosemite, Zion, Mt. McKinley in Denali National Park and various other places. Growing up he enjoyed snow skiing with his family, which included many trips to Mammoth and helicopter skiing in Whistler. John's love for building began as a child tagging along with his Dad, Mike, mixing cement and carrying bricks for him. John took great pride in continuing what his Dad started by building quality custom homes in Manhattan Beach over the last 20 years. He enjoyed the time he spent working with his Dad, brother- in- law Ben, and sisters. In his own right, John was a well respected and loved man and builder in his community. John loved his family and friends, his dog Kiya, and made a point to spend time with everyone - playing soccer with his friends, going to LA Galaxy games, family gatherings and especially being with his nieces and nephews. John's giving spirit and faith in God was well known amongst family, friends, colleagues, teammates, neighbors, and clients. His legacy will not only be felt in the hearts of the family and friends he touched throughout his life, but in the homes he built that will be part of the South Bay landscape for decades to come. He is survived by his parents Michael and Emma Zivec; sisters Tina Hertlein and Veronica Corbett; brothers- in- law Michael Hertlein and Benjamin Corbett; nieces and nephews, Siena and Hailey Hertlein, Tanner, Kayla and Evan Corbett; and loyal companion Kiya. In lieu of flowers donations can be made to www.ccfa.org, The American Heart Association, and www.tenderlovingcanines.org.