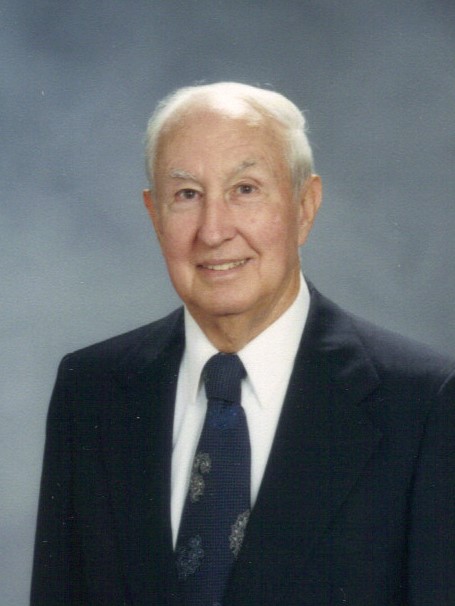 John Mark Pavlakos passed away on May 24, 2020 in Torrance, California, of natural causes at the age of 93.  John was born in Fostoria, Ohio on September 30,1926 to Anthony John and Ruth Josephine (Simmons) Pavlakos. He moved to California with his family in 1933. He attended Fremont High School, where he played solo trumpet in the band, and was an avid athletic rope climber. John was one of a dwindling number of World War II veterans, having skipped graduation ceremonies in 1944, to join the Navy, serving in the Pacific theater as a Radioman Third Class on the USS Gasconade (APA-85) and USS Lexington (CV-16). After his discharge, he worked at Dow Chemical Co. for 5 years, where he met his future wife, Ruby (Sandstrom). Dow Chemical was acquired by Shell Oil Co., where John worked at the Wilmington/Dominguez Refinery in Carson in the Purchasing Department for 31 years. He resided in his same house, with Ruby, in Torrance for 64 years, where they were devoted parents to their two daughters. He was very proud to be the father of daughters. For much of his life, John enjoyed taking and developing photographs. To stay in shape, he enjoyed running, including entering in a number of 5Ks. John is survived by Ruby, his wife of 68 years; two daughters, Julie (Grant) Moriyama, and Janet Carlson; one sister, Joanne Buckland; 8 grandchildren, and 9 great-grandchildren.  He is preceded in death by his parents; a brother, Paul Edgar (LaVon) Pavlakos; a brother-in-law, Bill Buckland; and an infant brother.  Internment at Green Hills Memorial Park, Rancho Palos Verdes, California.