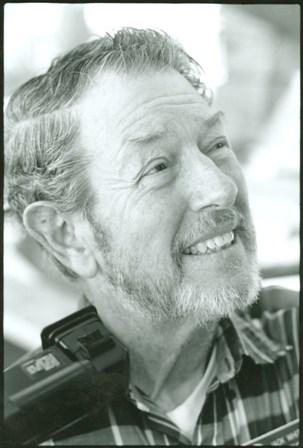 John "Jack" Lawrence Whitmeyer Jr., a 40 year resident of the South Bay, passed away peacefully at home surrounded by his loving family, Thursday, July 5, 2012 in Redondo Beach. Jack was born in San Francisco August 26, 1921. After graduating from Riverside Jr. College in 1941, Jack enlisted in the US Navy. A Quartermaster on the battleship USS New York and the Heavy Cruiser USS Canberra in both the European and Pacific Theaters respectively, Jack was at the helm of the Canberra off Formosa when it was struck by an aerial torpedo launched from attacking bombers. Heavily damaged but still afloat, the Canberra was used as "bait" while under tow but fortunately it successfully returned to Boston, where Jack remained until VJ Day. After being honorably discharged, Jack worked at Food Machinery, where he met his future wife and sweetheart, Doris. Turning a lifelong passion for trains and trolleys into a career, Jack worked 34 years on the Santa Fe Railroad as a chainman, draftsman, civil engineer and expert witness, retiring in 1981. Jack was part of a select group of self-described "train nuts" who documented the Age of Steam with thousands of photographs. Jack would climb over any obstacle in any weather to get just the "right shot." Jack was a member of the Pacific Railway Society and the Orange Empire Trolley Museum and was a familiar face on many rail excursions. Today his photos of steam engines, cable and trolley cars, stations and depots are found in many books and online. Jack generously donated many photographs to museums where they continue to create and inspire future generations of "train nuts." Jack was also an active member of the Los Angeles Maritime Museum, having never lost his love of ships and ferries. Jack was preceded in death by his son, James; his parents, Grace and John; and his beloved wife, Doris. He is survived by his sons, William (Laurel) of Vancouver, Canada; and Richard (Cheryl) of Santa Maria, California. Services were held at St. Francis Episcopal Church with burial at Green Hills Memorial Park in Rancho Palos Verdes. In lieu of flowers, donations may be made to St. Francis Episcopal Church in the name of Jack Whitmeyer.