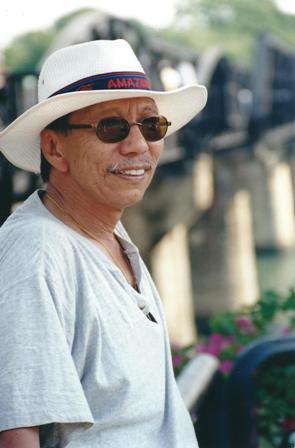 John Wong was born on September 22, 1947 in Canton, China to Duck and Guon Choy Wong. His family moved to U.S. when he was little. They settled in San Francisco, then later moved Los Angeles. He shared his childhood with his two brothers, Roger and Jim. He attended Gallaudet University in Washington, D.C.; but is always Southern California resident. He is an easy going, fun loving young man. Through his father, John met Inthira, his wife of over 30 years. He turned into a great friend and father to her four children, Charles, Kevin, Lynn and Lily. He joined Disneyland soon after having retired from 27 years of employment at Vons. At Disneyland, he met so many loving friends. He and Inthira traveled all over Europe, Asia, and Australia. His last days were filled with love from his family, relatives, and friends. He leaves behind his wife, his children, six grandchildren, Jaime, Jessica, Brian, Evelyn, Summer and Josh, his two brothers, three nieces. We will greatly miss this one man who always make everybody around him feel LOVED, HAPPY, AND SPECIAL.