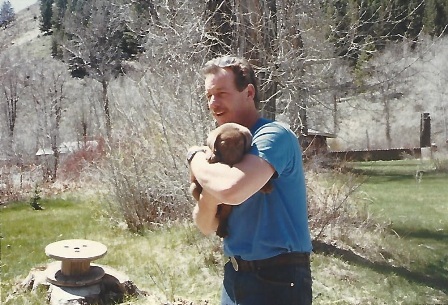 John Joseph Clary John Clary, 67, was born in August 4, 1949 in Manhattan Beach, and peacefully passed away on December 31, 2016 at his Redondo Beach residence. John attended American Martyrs grade school, Bishop Montgomery and Serra High schools. After training at Fort Ord, California and Fort Sill, Oklahoma, John went on to serve in Vietnam, as an E4 corporal on the M42 Duster Platoon in North Vietnam. John returned to the South Bay, and worked with Anheuser Busch as a driver and union representative. He moved to Bellevue, Idaho in '82, and returned to the South Bay in the early 90's to open an auto detail business in El Segundo. John was a huge participant in the "Run for the Wall" to Washington in support of all veterans, POW/MIA who have served. All of the "Marine Street Crabs" loved and adored John, who is a life that lives on in our memories, and will be missed, by all of those that encountered the man and his outgoing personality. John is the son of Joseph and Alice Clary and is survived by his wife Janice Clary; his siblings Anne and Eileen Clary (Mike Rusth and Mike Weatherman (respectively); his son Patrick and his wife Dallas of Arizona; daughter Megan and husband (Robert Arce) and granddaughters Olivia (8) and Maya (6) of Lakewood, CA, as well as his sister-in-law Jacquie Michael Smith (Dave) and favorite four legged friend Murray. Mass will be at American Martyrs Church at 9:15 am on January 7, 2017, followed by the reception at the O'Donnell Center from 10:00 am -12:30 pm. Aloha or Harley Davidson attire. Make a copy of your favorite picture with John and bring it along. God Bless and RIP.