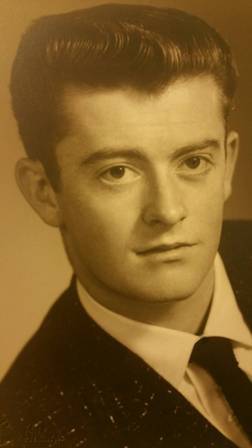 Devine, John H. "Jack" May 19, 1937 – December 13, 2016 John (Jack) Devine passed away on December 13, 2016, at his home in Torrance, California. Cancer took him away from us. He was 79 years old. John was born in Anaconda, Montana to Edward and Audrey Devine. The Devine family moved to southern California in 1949, where he attended Santa Monica High School, graduating in 1956. After high school, Jack enlisted in the United States Marine Corps. After his enlistment in the Marine Corp, he returned to southern California and attended college. After some college he began working as a computer programmer, working at EMM, TRW, and finally retiring from Fujitsu in 2000. He enjoyed reading, listening to jazz and classical music, bicycle riding, photography, and traveling the world. He is survived by his wife of 40 years, Nora and son, Daniel. A memorial will be held on January 6th, 10:00, at Rice Mortuary in Torrance (5310 Torrance Blvd.)