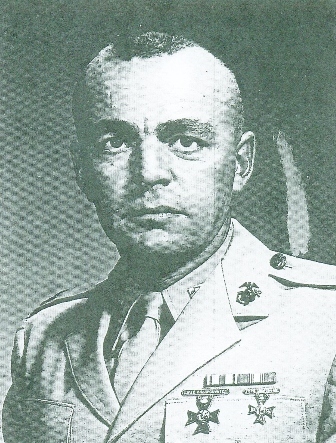 John Gilbert Hooper March 25, 1932 – April 8, 2016 John Gilbert Hooper, 84, passed away April 8, 2016, at Torrance Memorial Hospital. Born on March 25, 1932 in Chelsea, Massachusetts, John was the oldest of three children to Gilbert and Mabel. John grew up in South Boston, attended the Boston Latin School and graduated from the Boston High School of Commerce. As a youth, he worked as a food vendor for the Boston Braves for three seasons and for the Boston Red Sox for one. While attending Boston University, John joined the Marine Corps in 1951 and earned his officer's commission in 1955. A veteran of the Korean and Vietnam wars, John served three combat tours in Vietnam from 1965 – 1972 and was awarded numerous decorations including the Vietnam Cross of Gallantry, Meritorious Service Medal, and Bronze Star. John retired a Lieutenant Colonel on January 1, 1978 in Camp Pendleton, California. In 1978, John joined Toyota as a Parts Distribution Center Assistant Manager in Torrance, California. From 1979 -1994 John worked as a Parts Distribution Center Manager in Kansas City, Missouri; West Caldwell, New Jersey; Mansfield, Massachusetts; and returned to Torrance, California in 1993 to run Toyota's national distribution center. John retired from Toyota in 1994 and has lived in Torrance for the last 22 years. John is survived by wife, Massako and six children: Takashi, Makoto, Eileen, Stephen, John, and Robert. A celebration of John's life will be held at Rice Mortuary in Torrance the afternoon of Sunday April 17th starting at 4:00pm.