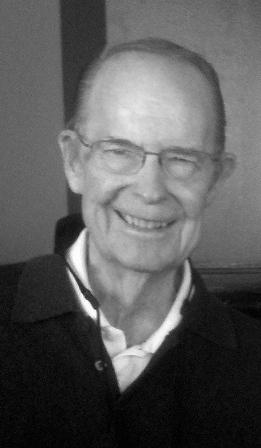 John Francis Rindge, an 81-year-old resident from Rancho Palos Verdes, Santa Catalina Island and Malibu, CA, passed away on August 29, 2013 at Torrance Memorial Medical Center in Torrance. A native Californian born in Los Angeles on January 16, 1932, Rindge was the son of Frederick Hastings Rindge, Jr. and Helen Starkey McCauley, and the grandson of Frederick Hastings Rindge and Rhoda May Knight Rindge, the last original owners of the Rancho Malibu. His grandparents acquired the Spanish Land grant of approximately 13, 300 acres along the coast of Southern California in 1892, which today is city of Malibu. Rindge attended schools in Santa Monica and graduated from Loyola University in Los Angeles. In 1953, he married Mary Anne Alpine in Westwood, CA. He served as an officer in the United States Air Force during the Korean War. His business career as a Vice-President and C.P.A. included management of manufacturing interests at A.D. Alpine Kilns, as well as real estate and property management at Mesmer Properties. He was co-author of two books about Malibu Potteries, a company started by his grandmother in the 1920s. He also co-authored books with his brother, Ronald L. Rindge, about their childhood history in Malibu. Rindge had a strong interest in genealogy, and addressed groups including First Century Families, whose members are descendants of the first families to settle in Los Angeles. His grandfather made several gifts to the city of Cambridge, Massachusetts. On the Centennial of the founding of Rindge Technical School in Cambridge, he was named Man of the Year and addressed school alumni. Self-taught in ceramics, tile design and painting, some of his works are installed at the Mission San Luis Rey de Francia in Oceanside and Serra Retreat in Malibu, California. He developed an early interest in numismatics and consigned the John F. Rindge collection in 2003. He was a member of St. John Fisher Parish in Rancho Palos Verdes and Saint Catherine of Alexandria Parish in Avalon, Santa Catalina Island, CA. John is survived by his wife Mary Anne Rindge of Rancho Palos Verdes and his four children, Debora (Spencer), Mark (Barbara), Michael (Dawn), Elizabeth (Ross) and their families, including six grandchildren and three great-grandchildren. A funeral mass will be held at St. John Fisher Church in Rancho Palos Verdes, with a private family graveside ceremony at Angelus Rosedale Cemetery in Los Angeles, CA. Memorial donations may be made to The Fund for Loyola Marymount University (giving.lmu.edu/) or to the Malibu Adamson House Foundation by contacting donate@adamsonhouse.org or (www.adamsonhouse.org/donate.html).