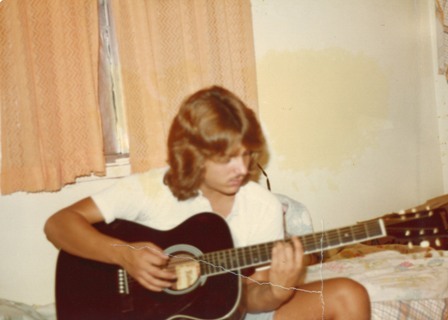 John Edward LeVasseur was born to Joseph and Eligia LeVasseur on July 29, 1962 in Torrance, California. Born and raised in the South Bay, he loved the beach, rock and roll music, and his family. Growing up he spent lots of time at Redondo Beach, sometimes jumping off the pier for money. As an adult, his time in the water was mostly spent fishing with his father, brother, and other friends and family. Throughout his life he loved playing rock and roll music and going to concerts. In the mid 1990's he started playing guitar on the praise and worship team for Vermont Avenue Baptist Church in Torrance, California.. John was a graduate of Carson High, Class of 1981. He was a proud member of the Carson High Swim Team. Shortly after graduating he began working for Bullocks Department Stores, which later became Macy's, where he worked for 29 years. After suffering a massive stroke on February 2, 2016, John Edward LeVasseur, peacefully passed away surrounded by family Tuesday, February 29th at 4:15 p.m. He is survived by his son, John LeVasseur; his grandchildren, Rayah and Havah LeVasseur; his siblings, Joanne Chapman, Walter LeVasseur, and Amada Preciado.