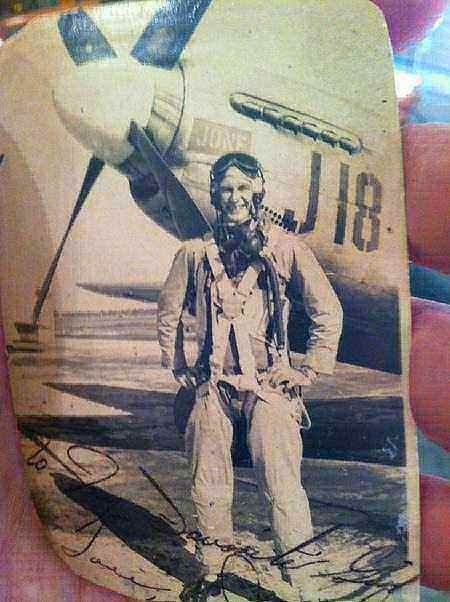 John Ernest Forrest John Ernest Forrest and Luella Marie Forrest, residents of Manhattan Beach, California, died peacefully two weeks apart, surrounded by their family members. John was born and raised in Norfolk, Virginia, the youngest of three children of his parents, John and Evelyn, and he died on November 26 in Manhattan Beach, California. John moved with his parents to San Diego, California when he was 12 years old. John earned his pilot's license as a teenager and, after graduating from San Diego High School, served as a fighter pilot in the Army Air Corps in Italy and North Africa during World War II. During his military service, John piloted three varieties of aircraft including the Mustang, known at the time as "the Cadillac of the Air" because it had played such a decisive role in winning the war. Upon returning to civilian life, John attended San Diego Junior College and the University of California, Berkeley. Trained as a mechanical engineer, John worked in the aerospace industry in the South Bay, San Diego, and Washington State, for 40+ years before his retirement in 1993. John cherished valuable time spent telling stories with his children and grandchildren. John often told them that his life began when Luella came into his life, and Luella often said she knew from the very first time she met John that life would always be exciting and never dull. For over six decades, their marriage has been a testament to their Christian faith and devotion to one another. They have provided a moral and ethical example through lives of integrity, sincerity, humility, loyalty and unconditional love. They spent their retirement years enjoying the simple pleasures of life, especially spending time with the joys of their lives---their children and grandchildren. The couple is survived by their five children, William, David, Joan, Edward and Nancy; and eight grandchildren, Andrea, Jonathan, Ryan, John, Alexandra, Samuel, Glenna, and Cody. The couple is preceded in death by their parents, as well as John's siblings, Ruth and Jacqueline, and Luella's siblings, Helen and Edward, and the couple's grandson, Zak. A Memorial Service will be held at White and Day Colonial Mortuary on Saturday December 7, 2013 at 10:00 am.