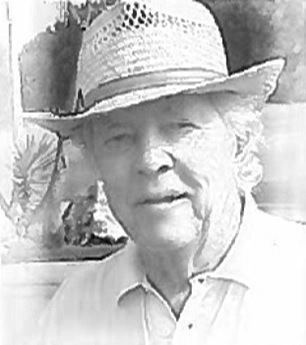 John Clinton Kibbe John Clinton Kibbe, 88, died in his sleep on November 9, 2015. Originally of New York, John spent the last 51 years in Rancho Palos Verdes, enjoying the weather which allowed him to golf 12 months of the year. John was one of six children born of Katherine and Elmer Kibbe and sadly he was the remaining sibling. He was a bit of a rebel in his teenage years and at one point lived in the YMCA in NYC. Knowing he wanted to make a good life for himself he joined the Navy at 17. He served on the US Kearsarge during WWII and was honorably discharged in 1946. He was awarded the Victory Medal and American Theater Medal. He used the GI Bill to attend college at Bowling Green University and then earned his Master's in Business at Hofstra University. His career spanned many years in various ship building and aerospace companies as a contract negotiator. His family was all in awe when they found out he worked in connection with the original Stealth Bomber. They have the coffee mug to prove it! John is survived by his loving wife, Carolyn, four children, Deborah (Matthew), Gwen, Douglas (Lisa) and Evelyn. In addition, he has three grandchildren, Jason (Lindsay), Jessica and Natalie. He missed the birth of his first great grandchild, Brooklynn by two months. He also has numerous nieces and nephews scattered around the United States and the remaining spouse of his brother William, Marilyn. In New York, John and Carolyn loved cruising the Long Island Sound and showing off their water skiing prowess. In California, John enjoyed riding a motorcycle with his wife, taking RVs into Mexico and drinking beer and tequila at Estero Beach Resort which turned into a 20 year family tradition. He threatened to move there but just ran out of time. Additionally, he was a member of the Los Verdes Men's Golf Club which brought him many hours of pleasure. John and Carolyn bowled together for many years but gave that up when they decided poker was more fun. They had many vacations in Vegas, Laughlin, and Aruba. One of his favorite trips was cruising through the Panama Canal. He was always intrigued with the mechanics of large engineering projects. John was also an avid reader. His love of espionage novels evoked his interest in history. He would often read large volumes on United States Presidents. A gift of a book at his birthday or Christmas was always one of his favorites. John was a wonderful husband, and a great dad. He will be missed. John will be buried at the Riverside National Cemetery with military honors and family and friends in attendance.