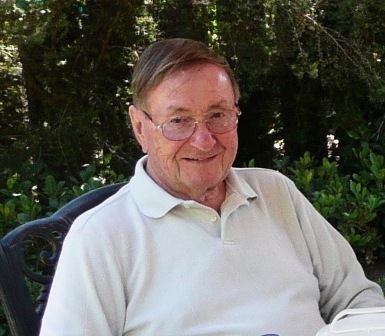 John "Chuck" Betts, a 56 year resident of Redondo Beach, CA, passed away on Saturday, October 10, 2015, in Redondo Beach, CA. Born in Elyria, Ohio, John was 89 when he died. John was a member of the St. Lawrence Martyr Church. He served in the US Marine Corps during World War II. John is survived by his wife of 56 years, Ana Maria Betts, and sons Carlos and John. He was preceded in death by his parents, brothers and sister. A Service will be held at St. Lawrence Martyr Church on Friday October 23, 2015 at 10:00 am, preceded by two decades of The Rosary at 9:45 am, with a reception following the Mass. John will be laid to rest at Green Hills Memorial Park. In lieu of flowers, donations may be made to The Pregnancy Center.