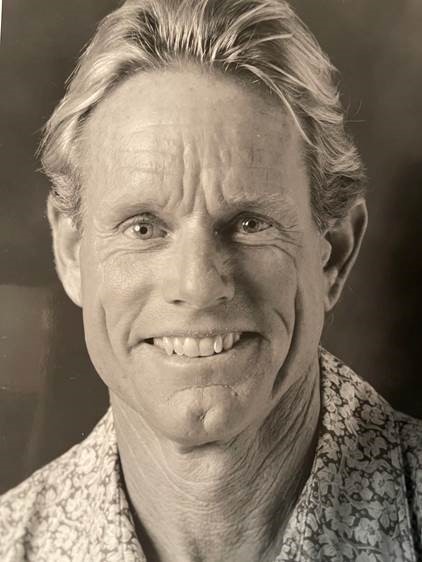 John Barton Featherstone (“Feather”) of Redondo Beach, CA, passed away peacefully on Saturday, March 20, 2021. Although he had been bravely battling Alzheimer’s Disease for the past 8 years, he had recently defeated COVID-19 and was stronger than ever, so the news was shocking. He was 71 years old.

Feather was born in Los Angeles, CA to Fred and Barbara Featherstone, and raised in Manhattan Beach, CA with his older brother, Fred and younger brother, Jim. He grew up on 21st Street and as a child spent endless hours playing baseball and football at neighboring Live Oak Park, surfing at Marine Street, and playing beach volleyball until dark. He attended Mira Costa High School where he played football, volleyball, baseball, and track and field. He earned All-CIF honors for football as a wide receiver and was inducted into the Mira Costa Hall of Fame in 2012. Academically, he loved to read and write and was an active contributor of La Vista, Mira Costa’s school paper.

Feather went on to play football at El Camino College (“ECC”) and after earning All-Conference honors, he received a scholarship to play for the Aztecs and coach Don Coryell at San Diego State University (“SDSU”). Feather made an immediate impact, leading the Aztecs to the Pasadena Bowl championship, scoring 2 touchdowns before 52,000 fans, and was named Most Valuable Player of the game. The Aztecs finished the season 12th in the national AP poll with an 11-0 record. Further balancing his athletic talent with his love for writing, Feather graduated from SDSU with a major in journalism and a minor in physical education.

Feather’s coaching career began the following year as he became the Aztecs’ wide receiver coach alongside Coach Coryell. His passion for coaching led him to success at Grossmont College, UC Berkeley, San Diego Mesa College, Santa Ana College, and SDSU before ultimately returning to ECC as Head Football Coach for the Warriors. After 31 years, he retired (reluctantly) with the highest winning percentage among southern CA coaches with a record of 214-119-2. He led the Warriors to a national championship, 2 state championships, 11 conference championships, 19 bowl game appearances, 5 consecutive playoff appearances, and 21 nationally ranked finishes (7 of which were consecutive).

Off the field, Feather had a tremendous impact in the classroom as he taught some of the most popular health and physical education courses on the ECC campus. He had a unique way of teaching that simply made sense, and his students grew eager to implement healthy lifestyle changes into their daily lives. Feather lived and taught by his 8-8-8 theory: eight hours of sleep, eight hours of work/school and eight hours of play. He was as passionate about teaching as he was coaching, and his enthusiastic lectures left a positive influence on many.

If he wasn’t at El Co, Feather was at the beach surfing or playing volleyball. He was a fiery volleyball competitor in the 70s and 80s and was instrumental to the growth of beach volleyball in San Diego and the South Bay. Alongside his brother, Fred, Feather ran some of the first volleyball clinics in the San Diego area, was a long-time CBVA tournament director in Mission Beach, and brought the first professional international tournaments to San Diego. In the 80s and 90s, Feather became a fixture on the AVP and WPVA tours as a well-respected tournament director and referee. Feather continued his “teachings” of the game with one of the most successful youth beach volleyball clinics in the South Bay, which ran for over two decades. To honor his contribution to the sport, Feather was inducted into the CBVA Hall of Fame in 2016.

Feather’s sports accomplishments pale in comparison to the pride he took in his four daughters, five grandchildren and loving wife. He was a family man and always made time for bike rides through the Grandview halls, hide and seek at the sand dunes, homemade breakfasts and lunches, morning walks, happy hours, and annual summer trips to Catalina (a family tradition since he was 3 years old). He never missed an opportunity to write a heartfelt card (filled with picked flowers) or post-it note to remind his family how much they meant to him.

A standout coach, mentor, teacher, family man, and loyal friend. Feather’s infectious smile, kind blue eyes and eternal optimism made everyone he met feel special. He had a gift that is often indescribable. His heart had endless love to share and he inspired everyone he knew to be the best versions of themselves. He embodied what it meant to be a “Warrior” and fought fearlessly to try and become the first Alzheimer’s survivor. Feather’s legacy will live on to all those whose lives he touched.

A Memorial Service is being held at 5pm on Friday, May 7th at Featherstone Field (El Camino College). A Celebration of Life will follow on Saturday, May 8th at 21st beach in Hermosa Beach. Additional details can be found on Feather’s Memorial Facebook page, “In Memory of Coach Feather” @CoachFeather.

If you have a memory of Feather you’d like to share, please consider submitting a Tribute video at www.tribute.co/coachfeather.

In lieu of flowers, the family has requested that donations be made to the John Featherstone Fund for Athletic Excellence.