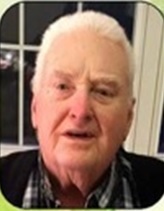 John B. Mitchell (Jack), 89, died Saturday, September 10, 2016 at Belmont Village Senior Living following a brief illness. Jack is preceded in death by his wife, Eleanor DePol Mitchell and his daughter, Denise Belden. He leaves his three sons, Mark, Gregory, and John David Mitchell, his daughter, Judith Keenan, twelve grandchildren, and four great-grandchildren. He is also survived by his sister, Barbara Mitchell DePol of Laguna Hills, CA. Born to John and Anne Mitchell on April 30, 1927, Jack was raised in Jersey City and Rutherford New Jersey. He was a resident of Rancho Palos Verdes since 1972. After graduation from St. Mary's High School in Rutherford, he attended St. Peter's University in Jersey City before enlisting in the Navy during WWII, and had been stationed in San Diego, CA. After the war, he attended Georgetown University, graduating with a B.S. in Chemistry. He began his business career in pharmaceutical sales, then rose to the position of General Sales Manager, US, for Celanese Plastics. He purchased the National Plastic Company in Pasadena, CA in 1972. He retired in 2008, passing the company to his son, Gregory. Jack was an avid golfer and photographer. He enjoyed boating and spent many hours on his cabin cruiser, the ElJo. Jack was a member of St. John Fisher Church in Rancho Palos Verdes. He served on the SJF parish council. A funeral mass will be celebrated in his honor on October 1st, at 11:30 am at St. John Fisher, with a viewing preceding the service at 11:00 am. A military tribute and burial will follow at Holy Cross Cemetery in Culver City. In lieu of flowers, donations can be made to the Little Sisters of the Poor or the Mary and Joseph Retreat Center.