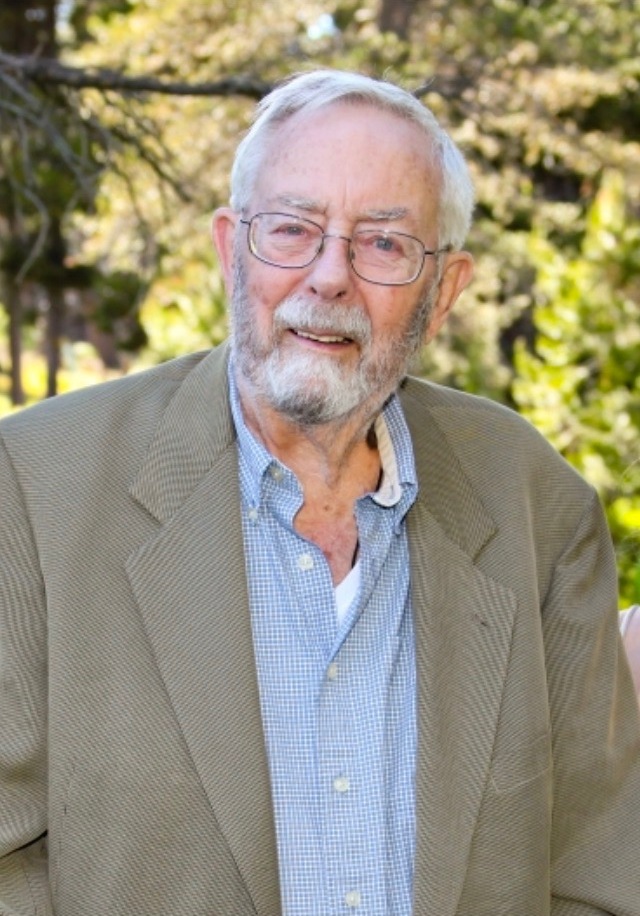 John A Daley, age 87, of Rancho Palos Verdes passed away on February 14, 2019. He shared his life with Anne Seibert Daley until her passing on February 9, 2009. They were married on May 11, 1971 and shared a blended family. They were passionate travelers and visiting more countries than his family can remember. John loved telling jokes and stories and kept everyone amused, right up until his passing. He exhibited a tremendous amount of courage as he battled multiple diseases yet always remained cheerful with a sparkle in his eyes. He was born November 6, 1931 in Ridley Park, Pennsylvania, the son of Charles and Lucy Daley. He graduated from La Salle University in Philadelphia with a BA in History. He was an Army veteran stationed in South Korea during the Korean War. He worked for United Air Lines his whole career, holding many managerial positions. He was a faithful member of St Lawrence Martyr Catholic Church and for many years sang in a barbershop quartet. John is survived by his children: son John Daley, his wife Edna, daughters Candace Whitney, and Lauren Daley, and great-grand daughter Lilly; daughter, Mary Darby, husband Peter, grand-children Kate Morris, Evan Darby, Michael Darby, and Hannah Bristol, and great-grand children Charlie and Reagan; Step-son, John Seibert, wife Sue and grandson Steven; Step-son Michael Seibert, wife Kim, grand-daughter Michelle, grandson Conrad and great-granddaughter Charlotte; and step-son Eric Seibert. Viewing/Gathering/ Rosary will be Thursday night, February 21, 2019, from 5:00pm to 9:00pm. Location is the Lighthouse Memorials and Receptions White & Day Center, 901 Torrance Blvd, Redondo Beach, CA. Prayer Service will begin at 7:00p. The funeral mass is on Friday, February, 22, 2019, 10:00am at St. Lawrence Martyr Catholic Church, located at 1940 S. Prospect Ave. Redondo Beach, CA. Internment will follow at 1:30 at Green Hills Memorial Park, 27501 S. Western Ave. Rancho Palos Verdes, CA. Memorial donations / in lieu of flowers may be made to St. Lawrence Catholic Church or a charity of your choice.