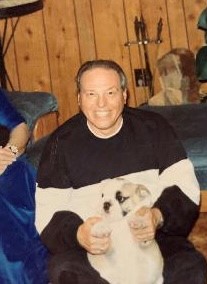 On Sunday, November 13, 2022 Joel Massa, a loving husband, father, grandfather and great grandfather, passed away at age 84. Joel was born in Buffalo New York on February 12, 1938 to Nicholas and Angeline Massa. He was a veteran of the United States Air Force, and was a manager with Continental Airlines for 27 years. On May 24, 1958 Joel married his blue eyed angel Gerry. They raised four daughters, Christine, Nicolette, Deborah, and Joelle. Joel had a passion for bocce, birds, dogs, and family traditions. He was a lover of Latin Jazz music. He had a deep, rhythmic love for the conga drums. His faith in God had him saying the rosary every night before bed.

Joel was preceded in death by his father, Nicholas Massa and his mother Angeline Massa, as well as his brother Darvin Massa. He is survived by his loving and devoted wife of 64 years Gerry and their four daughters Christine, Nicolette, Deborah and Joelle, son-in-law Roger, grandchildren Jordin, Cory (Christa), Carleigh (Tony), Nicholas, Alexandria, and Vincent, as well as two great-grandchildren, Viviana and Frankie.

A funeral mass will be held on: