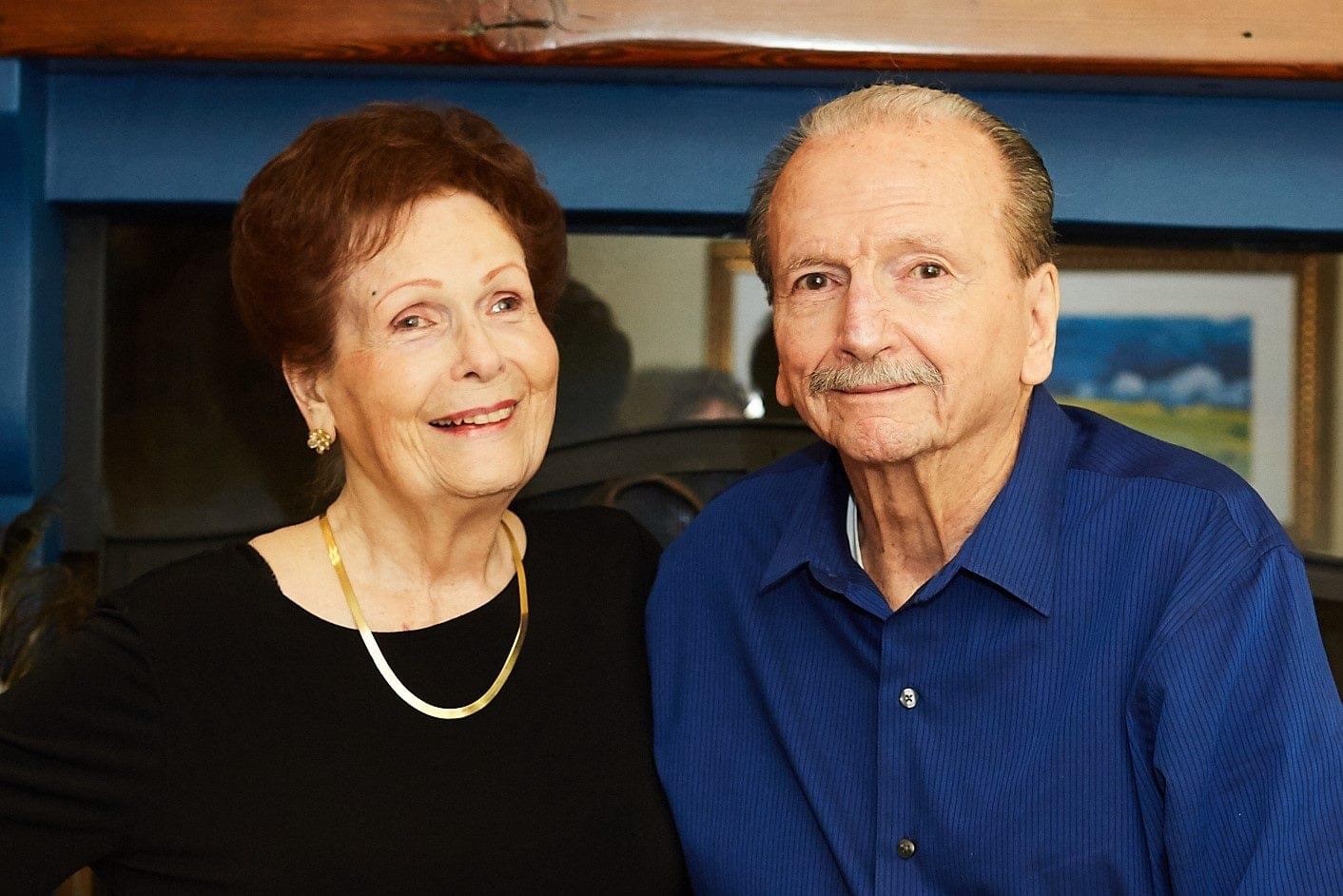 Married 73 years and passing together, side by side, in their home with many of their children by their side, Joe Angel Andrade Jr, 95 passed on January 9, 2021 and Bernice Myrtle Andrade, 93 passed on January 12, 2021, a beautiful ending to long, rich and shared lives.

Joe, a devoted husband, father, grandfather, great grandfather and uncle was born June 18, 1925 in Los Angeles, CA to Joe Angel and Therese Opal Andrade. Joe was an only child, raised with many aunts, uncles, cousins and grandparents in Los Angeles. With stories of riding the streetcars, wild tales of his tight-knit group of relatives and retold fables, Joe enjoyed his upbringing in Los Angeles, attending Mount Carmel High School in LA, where so many classmates were intertwined for the remainder of his life.

Bernice, a very loving wife, mother, grandmother, great grandmother, sister and aunt was born on February 20, 1927 in Des Moines, IA to George Edward and Myrtle Emma Day. Bernice was the oldest of three; she protected and doted on her sister, Dorothy and brother, George. Bernice along with her mother and her siblings joined their father in Los Angeles in 1938. They all attended Freemont High School in LA where Bernice majored in photography and began her lifelong love capturing life in photos. Bernice never lost contact with her Des Moines relatives and made it a point to reach out, visit and host their visits to Los Angeles.

In 1943 Joe enlisted in the Navy to serve in WWII but before he was shipped out, he met Bernice in September 1944, during her senior year of high school. After only four dates Joe left to serve as an electrician on a ship in the South Pacific, writing love letters to Bernice back home where she was working as a photographer at Clifton’s Cafeteria and waiting for his return.

Joe returned from the war in March 1946 where they finally got a chance to get reacquainted and become engaged before Joe left to go to college at UC Davis. Then on Sunday afternoon June 22, 1947 at St. Aloysius in Los Angeles they married and honeymooned in Laguna Beach. They moved to Davis, CA while Joe pursued a degree and where he and Bernice had their first two children, Joey (Joseph Edward) and Vickie (Victoria).

School was cut short when Joe re-enlisted in 1950 for the Korean War. After two years apart, Bernice and their two small children joined Joe where he was stationed in Japan by way of a long, difficult sea voyage. They enjoyed their time in Japan and made life-long friends there. Before their third child, Marsha, was born they took a military cargo plane trip back to Los Angeles with two small children and a very pregnant Bernice holding hands with Joe during the scary air crossing.

After settling in Hawthorne, CA with their three small children, the family soon moved to their long-time neighborhood in Torrance, where Jimmy (James Anthony) and Juliet soon followed. They remodeled their home to include a second story and rooms for their five children, but the family continued to grow with Terri (Therese) and Angela. The neighborhood was full of young families where the Andrade swimming pool and big house became a gathering place, and life-long friendships began.

Devout Catholics, Joe and Bernice were very involved with their parish and the school, sending all seven children to eight years of elementary school at St. Catherine Laboure. The priests and nuns were their friends, and church was a main focus of life with the family walking together for mass each week, and with Joe chairing the church ushers and managing all of the janitorial work at the school and church. As the family grew older, all of the children attended Bishop Montgomery High School in Torrance where Joe headed up the annual fireworks sale fundraiser.

While their first trip away from their children did not happen until their 10-year anniversary trip to Las Vegas where they were thrilled to see two shows a night, travel became a passion for the couple. Starting in 1970 with their first trip to Europe, a four-week guided tour through several countries, travel ignited a desire to see the world. They accomplished that, visiting 68 countries on 6 continents with Israel as their favorite. In 1998 they went on their first cruise and loved it so much they became avid sailors as Star Mariners on Holland America, with their last cruise in 2015 to Australia and Indonesia where they checked off a long-awaited bucket list item, seeing the Komodo dragons.

When they were not traveling abroad, they took their children on long cross-country trips with a station wagon and pop-up camper trailer. Many memorable family stories grew from these long adventures to Iowa, Arizona, Mexico and many more. Their travels continued with many extended family vacations with their children and grandchildren to local lakes and beaches; camping, hotels and vacation rentals, where just being together was the goal. The grandchildren now have their own extended family vacation tales.

Joe’s longtime career at ATT came to a close at the age of 90 in 2015 with 62 years of service as a communications technician and CWA union steward. While raising seven children, Bernice took on outside sales for a travel agency where she enjoyed planning trips for others and using her experience as a world traveler.

In 2001, with their children grown, they downsized and moved to South Torrance where they became parishioners of St. Lawrence Martyr. Many parishioners remember Joe and Bernice fondly as the very senior couple with their special seats at mass. Over their lifetime they rarely missed mass even on their many travels. They celebrated their last sacrament together in their home prior to their passing.

Over the decades, Joe was always an active fitness enthusiast, faithfully exercising daily, joining gyms before they were popular and becoming a competitive racquetball player. Bernice was an enthusiastic antique collector who was an expert in depression glass and ceramics. She attended a weekly antique class through adult education for nearly 40 years.

The number one priority for Joe and Bernice was family. Their seven children, 19 grandchildren and 29 great grandchildren were their pride and joy. So many memories and events; Christmases, birthdays, baptisms, 4th of July’s, family vacations, graduations, weddings, anniversaries, celebrations of all sorts were enjoyed and shared by all. Not a moment, or milestone, or event went without a gathering or a celebration. Joe and Bernice enjoyed them all.

They lived a full life surrounded by their many family and friends. Their children and grandchildren have been blessed to have had them for so long. Each had a different and special relationship with them; all are grateful for their time together.

A private funeral service is planned for Wednesday, Feb 3 at Pacific Crest- Palm Court Lawn. They will be laid to rest at Holy Cross Cemetery in Culver City, CA on Feb 11.

In lieu of flowers the family asks for donations to Sisters of St. Joseph of Cluny – Retirement Fund, to support the retirement years of the many sisters who taught their children, became their friends and hold a close place in the hearts of Joe and Bernice. 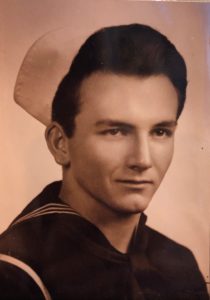 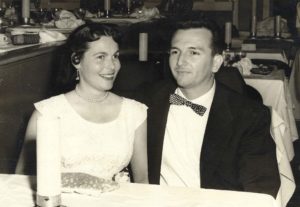 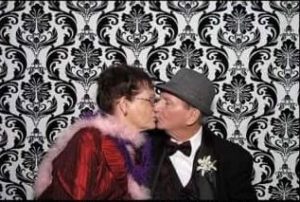