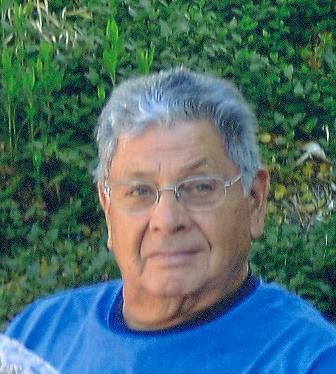 Joaquin Vega, Jr. was a 30 year resident of Frazier Park. He was 83 years old when he passed away on February 22, 2016. He was born in Torrance, California to Joaquin Sr. and Florencia Vega. Known as "Jack," he retired from Montrose Chemical Company after 30 years of service as Supervisor. Jack had a second career in home construction. Married to Velia ("Vee") for 62 years, he is survived by his wife and children Kenny, Vickie and Steve (Sylvia) and granddaughter Alexandria. He is preceded in death by his parents and his siblings Robert, Angelina, Arthur, and Olin. Jack was an avid outdoorsman and enjoyed fishing in the Sierras with his sons and his fishing buddies for 50 years, travelling together for the spring opening and fall season end. His passion from childhood was raising Bantam show birds and entering them at various county fairs in California. He won 1st Place Ribbons and Championship Awards over the years. Jack and Vee spent many years traveling internationally and most especially loved attending Alexandria's volleyball tournaments throughout California. He was a devoted husband, a loving father and adoring grandfather. He was a gentle man, a good man, and a gentleman. Survived by his sister, Mary Castellanos Our hearts are broken. A gathering of family and friends will be held at Rice Mortuary in Torrance on Monday February 29, 2016 from 9am to 11am, with Rosary recitation at 11am. Graveside services will follow at Pacific Crest Cemetery in Redondo Beach at 12:30pm followed by a lunch reception at Rice's Lighthouse Reception Room until 4pm.