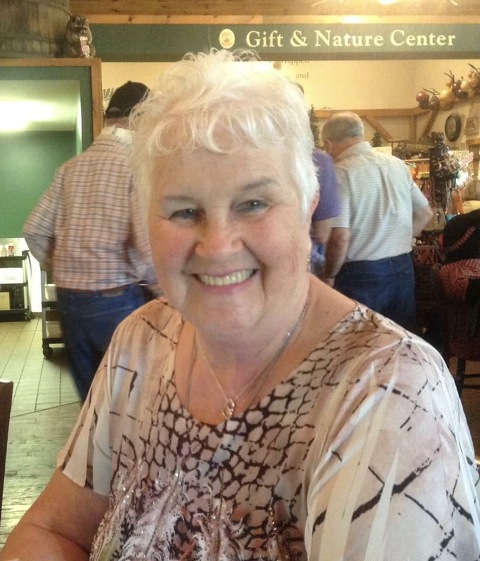 On Friday, October 12, 2018 in Torrance, CA, heaven gained another angel. Our beautiful wife and mother, JOAN MARY WILLIAMSON WOLFORD, passed away peacefully after a lengthy illness. Joan was born May 23, 1943 in Kane, Pennsylvania, to Myron and Emogene Stiles Williamson. After graduating from Kane High School, Joan met the love of her life, James T Wolford and married him on August 4, 1962 in Westons Mills, New York. Joan is survived by her loving husband James of 56 years and her three daughters - Terri (Mark) Nessler, Julie (Paul) Becker, and Jodi (Todd) Rice; along with four grandchildren - Tallena (Danny) Kallenbach, Brittany (Jeff) Ruso, Blake Geiger, and Jordyn Rice; three great grandchildren- Delaynie Moore, Michael Washington, and Logan Kallenbach; one brother, Eugene (Joyce) Williamson; one sister. Doris Ladd; one brother-in-law, Doug (Teresa) Wolford; one sister-in-law, Lorraine Williamson; and several nieces and nephews. She is predeceased by her parents; two brothers, Jimmy and Donald Williamson; one sister, Betty Atkins; three brother-in-laws,Garrick Wolford, William Ladd, and Roy Wolford; and two sister-in-laws, Jenny Blue and Jerry Lauff. Joan was employed as an Executive Secretary for several local companies in the Bradford area. While employed as an outside sales person at Mastel Ford, she had the thrill of her life when she was able to drive a new Thunderbird around the NASCAR racetrack at Watkins Glen, New York. After raising their three daughters in Bradford, Pennsylvania, Joan and James retired and enjoyed traveling the USA in their motorhome, managing several campgrounds, and visiting family and friends along the way before settling in Florida for a while. Joan's faith in God was strong. She was a past member of the Bolivar Drive Baptist Church in Bradford, Pennsylvania and was very active with the Bradford Area High School marching band while her three daughters were in high school there. She enjoyed playing BINGO during her retirement years and did so in every state she traveled through. She was much loved will be greatly missed! Per Joan's request there will be no funeral held. However, a Celebration of Life is being planned for a later date. Memorials, if desired, can be made to the Cardiology Department at the Olean General Hospital, 515 Main Street, Olean, New York 14760.