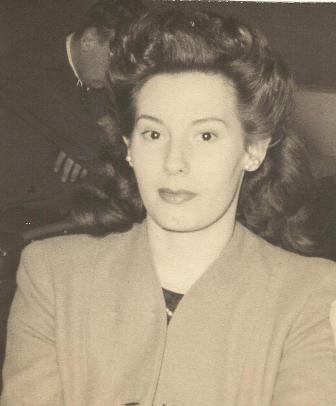 Joan Elizabeth Duncan passed away on June 14, 2013 of natural causes at the young age of 90. Joan was born on February 22, 1923 to Jenny Elizabeth Prowse and to James Henry Crossley in Haywood, Lancaster, England. Her mother passed away in 1936. In 1939 she moved to Montreal, Quebec, Canada with her father James. As a young woman she worked as a clothes designer and professional dancer at the Montreal Playhouse. She married Douglas Robert Duncan on December 3, 1953 and their son Robert was born in 1955. In December of 1962 Joan and Douglas were finally granted their visas to come to the United States and they settled in Santa Monica, California. Moving to Redondo Beach in 1963, Joan was a homemaker and gardening enthusiast. She was divorced from Douglas in 1983.She remained a resident of Redondo Beach for 50 years, while also enjoying a residence in Rancho Mirage with her companion of 30 years James Andrien. She traveled the world; her favorite places to visit were Fiji, Australia, British Virgin Islands, Italy, France, Mexico, and of course, Canada and England. Joan always had an artistic eye and loved to sing and dance. She was a very special person and people always gathered around her at social events. She was a very kind person, but kept step with her own drummer. She knew what she wanted, however measured or far away. There are so many lives she touched in a positive way. So many memories that bring a smile and show the wonderful person she was. So many stories about how she made a difference or made someone's day. So many hearts that are feeling sadness - because she was here - because she was loved. Joan is survived by her son and daughter-in-law, Robert James Duncan and Nancy Meria Duncan of Redondo Beach, CA and James Andrien of Redondo Beach. She was preceded in death by Douglas R. Duncan. The memorial service will be held at Rice Mortuary in Torrance on Tuesday June 25, 2013 at 3pm followed by a gathering in the Lighthouse Reception Room. In lieu of flowers, donations may be made to Alzheimer's Foundation of America.