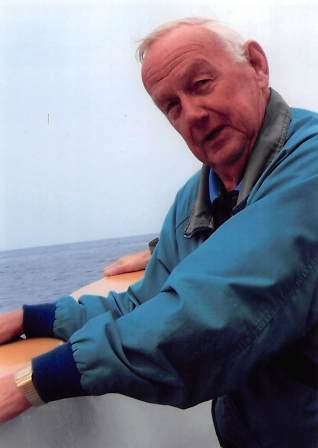 Jimmie was a California born native, survived by his wife Bonnie Jeanne “Bride” of 64 years, daughter Peggy Kunewa, son Brian Atkinson (Jeri), daughter Janet Atkinson (John), and son Kevin Atkinson, grandchildren, Jason Baucher (Linda), Bridgette (Adrian), Brianna, Brandon, Joshua and great-grandchildren, Emily and Travis. Jimmie served in the United States Navy and was honorably discharged in March of 1953. While in the Navy, he played on the Navy football team. He retired from TRW after 30 years of service as Technical Engineer in Space and Technology, placing the first weather station on Mars. Ocean, fishing and cruising were a few of his passions along with beers. Memorial donations in lieu of flowers may be made to the following organizations, Heal the Bay or the American Heart Association.