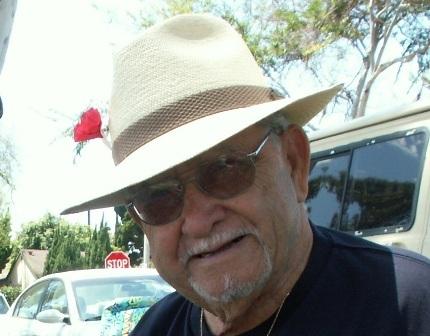 Jesus "Jessie" Bargas, a longtime South Bay resident passed away peacefully at his Lawndale home on November 29, 2013. Born on December 24, 1923 in Ottine, Texas, Jessie enjoyed bowling, fishing and gardening. A loving husband, father and grandfather, his greatest pride and joy was his family. Jessie was preceded in death by his loving wife Margaret and son Jessie Jr. Jessie is survived by daughter Patsy; daughter Linda; daughter Jannie Reese and husband Mike; daughter Dianna Van Hulzen and husband Jeff; daughter Debbie Herrera and husband David; and grandchildren Derek, Dominic and Eva Joy. A visitation will be held at Rice Mortuary on December 5th at 5pm and the funeral service will be held on December 6th at 11am at the Rice Chapel. The funeral service on December 6th will be followed by a graveside service.