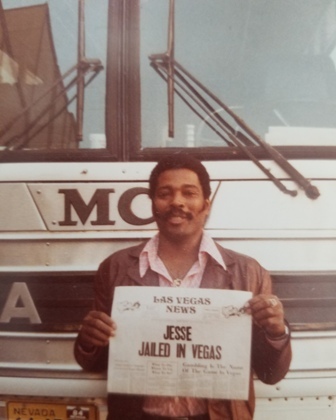 Jesse Cornelius Turner (aka Junie) was born the second of three children to the union of Jesse Turner and Odell Lindsay on February 12, 1943 in Los Angeles California. Junie attended Virginia Road Elementary, Mount Vernon Junior High, and graduated from Dorsey High in 1960 where he showed great promise in Drafting and Design. As a child he was as a model plane enthusiast, an avid swimmer and a highly decorated Boy Scout. Jesse joined the Navy in 1960 to "See the World" and served as a Hospital Corpsman for 6 years attaining the rank of E-3. Once home, he married Rosalie Rodriquez and immediately started a family consisting of 5 children Theresa, Jesse III, Lorraine, David, and Tina. Jesse had several jobs and worked for Oscar Meyer, Firestone Rubber Company, Harbor General Hospital, as a welder, and did any kind of other work he could put his hands on to support an ever family. He loved the great outdoors and was famous for packing up his burgeoning tribe in the Volkswagen Bug and taking off to go camping in Big Bear or Yosemite on the spur of the moment. He took great home movies to commemorate those visits which showed some foresight as his adult children now cherish watching them over and over again. Jesse married Joyce Congo in 1976 and they were blessed with two sons. Their oldest son Gregory met a premature death and Jesse turned his attention as a supportive father to his son Timothy. He showed great pride in watching Tim play football and he also became a mentor to many of Tim's friends and teammates. Always seeking a way to make more money and provide for his family, Jessie entered the world of adult entertainment where he managed several clubs. Still embracing his childhood passion of airplanes Jesse found his final jobs in aerospace at Hughes and McDonnell Douglas/Boeing where he retired after 20 years. Jesse spent his last years living in Texas and Arizona. His broader family will always remember him as Junie, the family historian, with a wry sense of humor and who always used the phrase "Well, that's Life"…….. Unlike any other family member, Junie always remember family birthdays, and without fail he was one of the first calls they would receive on that morning. Jesse, passed this life on May 17, 2017 and was preceded in death by his father Jesse Sr., mother Odell, son Gregory, sister Franchon, and brother Wayne. He leaves to morn him former wives Rosalie, and Joyce (Brandy), sons Jesse lll (Pete), David, and Timothy, daughters Theresa Langford (Tammy), Lorraine Williams (Shorty), Tina Henderson, their spouses, and a host of grandchildren, great grandchildren, nieces, nephews, cousins, and friends.