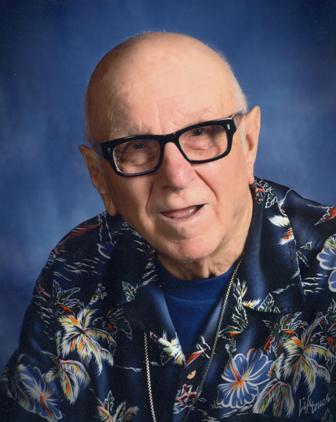 Jerrey Neal Emerson February 25, 1936-June 20, 2016 Jerrey was born in Torrance California, where he lived his entire life. Jerrey graduated from Torrance High School before serving in the United States Army and Army Reserves. Jerrey retired from the City of Torrance after 44 years as a dedicated city employee. Jerrey was a talented woodworker and master craftsman. He had many hobbies and enjoyed his retirement. Jerrey was a member of First Lutheran Church in Torrance. Jerrey was preceded in death by his loving wife Patricia Ann Emerson and survived by sons Alan (Judy) Emerson and Danny Emerson; daughter Vickie (Glenn) Cordromp; and grandchildren Jade, Ashley, Shane, Autumn and Evelyn and great grandson Tell. Jerrey was a loving husband, father, grandfather and great grandfather. He worked hard to support his family. Jerrey touched many lives and will be truly missed. The service will be held at Rice Mortuary on Thursday July 7, 2016 at 2:00 pm followed by a reception in the Lighthouse Reception Room until 5:00 pm. In lieu of flowers, donations may be made to Providence Trinity Care or First Lutheran Church.