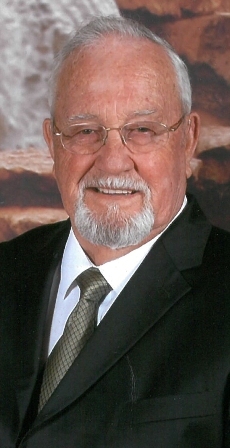 Jerrell Loyd Stephens Jerrell Loyd Stephens also known to friends and co-workers as Jerry and/or Steve, born June 22 1931 in Bray, Oklahoma, passed peacefully in his sleep at his Torrance home May 29. Jerry, a member of the Crenshaw Baptist Church, came to L.A. County in April in of 1953 with his wife Leta who he married on his birthday in 1951, that way he would remember their anniversary. Once asked when Leta's birthday was he answered "I don't know, but it's on Valentine's Day." Prior to arriving in California he worked as bronc buster in Oklahoma on different ranches, including Gene Arutry's. He also spent time in South Carolina where he worked in a bomb factory and for fun caught baby alligators to sell to the local zoos. Once arriving in California he set up residence in Hawthorne, CA where he began work at Northrop Aircraft, retiring 41 years later. As a factory specialist he took pride in being part of the crew that built President Kennedy's Air Force One. He also helped restore Northrop's first production plane, a WWII N-3PB Patrol Bomber downed in 1942 off the coast of Iceland. The F-20 Tigershark fighter jet, the only non-government funded attack plane was his crowning achievement. Jerry who worked on it from its inception would not retire until the first one was completed. During his early days at Northrop he often "moon lighted" managing several service stations while also managing the courtyard in which his family resided. In May of 1966 he Leta purchased their Torrance home where they raised their two sons Gary and James. During his two sons formative years he coached them both in Little League Baseball and Pop Warner Football. As one who loved to stay active Jerry was a very accomplished fast pitch softball player, love to hunt, surf fish and rode dirt bikes. He truly loved baseball and football and as a season ticket to the Rams was mad as could be when they moved to St. Louis. In his garage work shop he mastered wood working and use of the lathe. Pairing with his step father-in-law they invented in the 60's a tobacco pipe that they made and sold out of his until the mid-70's. Being the ultimate family man he was so proud of his second son James when he married Jennifer Jones in 1984 and overjoyed when oldest son Gary wed Lori Dinkler in 1995. Both were welcomed with open arms and given unconditional love. No one man was ever happier when James and Jennifer brought into the world grandchildren James Jr. in 1986 and Jaime in 1989. Jaime's vows to Andrew Gonzalez and the subsequent birth of his and Leta's first great grandchild Juliana in 2013 put a grin from ear to ear. Jerrell is preceded in death by his parents, one sister, three brothers and survived by the above as well as his sister Darlene and many friends. Services will be held June 5 at Rice Mortuary, 5310 Torrance Blvd., Torrance, CA with viewing beginning at 10:00 a.m.