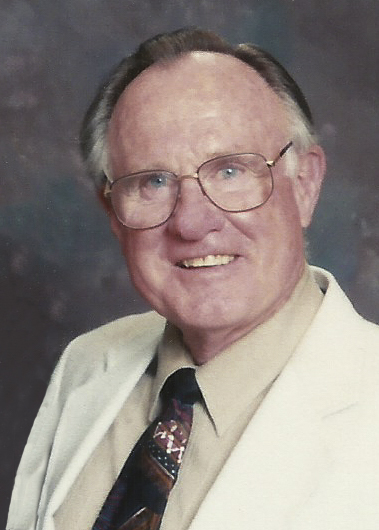 Jerome K. “Jerry” Crowe, a man of integrity who proudly served his country in the Army during World War II and later as an FBI special agent, died November 26 in Hawthorne, California, after a lengthy battle with Alzheimer’s disease. He was 93. A Florida native who lived the majority of his life in Redondo Beach, California, Crowe founded the FBI’s first SWAT team in Los Angeles, was a firearms instructor and was involved in a number of high-profile cases, including the Frank Sinatra Jr. kidnapping and, in the wake of the Patty Hearst kidnapping, the SLA shootout. In 2011, the FBI Regional Counterterrorism Training Center at the former El Toro Marine Corps Air Station in Orange County, California was renamed in his honor. “Jerry was an outstanding FBI agent,” read a statement announcing the name change, “who was selected for this honor because it was his foresight in fostering the SWAT concept in Los Angeles and his ability to create and lead the original L.A. SWAT team, which helped to create a legacy that is now an integral and important part of the FBI throughout the nation.” In December 1963, Crowe was handpicked by his supervisors to deliver the $240,000 ransom in the Sinatra kidnapping case, which drew international headlines. Frank Sinatra’s only son, 19 years old at the time, was returned to his parents unharmed and within days the kidnappers were apprehended. In May 1974, as leader of the FBI’s L.A. Swat team, Crowe played a pivotal role in the nationally televised SLA shootout, a 45-minute fire fight in South Los Angeles in which six members of the radical Symbionese Liberation Army were killed. No law enforcement officers were killed or wounded and Hearst, a 19-year-old heiress who had been kidnapped by the SLA from her Berkeley apartment three months earlier, was later found after a massive national investigation. Born in Cocoa, Florida, on October 4, 1924, and reared in Cocoa and Daytona Beach, Florida, Crowe was the youngest of three children born to John and Mary Crowe. He graduated from Daytona Beach Mainland High, where he lettered in football and track and field and was voted by classmates to have the “best physique” in the Class of 1942. Following older brother Jack into the Army in 1943, he was sent to Europe a year later and in 1946 was discharged and returned to the United States. After graduating from Stetson University in DeLand, Florida, in 1950 with a degree in business administration, Crowe joined the FBI in 1951. His first supervisor in the FBI, after he was assigned to the bureau’s Seattle office, was Mark Felt, who later gained fame as anonymous informant “Deep Throat” in the Watergate scandal. In 1952, Crowe was reassigned to the Los Angeles office, where he spent the rest of his FBI career before retiring in 1979. A lifelong sports fan, Crowe met Los Angeles native Margarita Sanchez at a Los Angeles Rams football game at the Coliseum in 1952. Married in October 1953 and settling in Redondo Beach in 1957, they reared three children: Jerome, Robert and Nancy. Before retiring from the FBI, where he mostly was assigned to bank robbery investigations and served as a counselor to the 86th session of the FBI National Academy in Quantico, Virginia., Crowe earned a Master’s degree in police administration from Cal State Los Angeles. After leaving the bureau, he worked as director of security at Gibraltar Savings for more than a decade before retiring. In retirement, he enjoyed traveling the world with his wife and friends and pursued his passions, the greatest of which was deep sea fishing, making trips to Alaska, Costa Rica, Fiji, Hawaii and his favorite, Cabo San Lucas. He also was an avid cyclist and enjoyed attending sporting events, most notably USC football games. Gregarious and kindhearted, Crowe loved spending time with family, telling stories of his FBI days and making jokes, often at his own expense. He was a gracious, gentlemanly host who enjoyed presiding over holiday dinners and other social events. Crowe is survived by his wife, Margarita; sons Jerry and Bob; daughter Nancy Schoonover; daughter-in-law Carla; sons-in-law Wayne Schoonover and Jay Kocourek; and grandchildren Matt, Kristin and Sean. In lieu of flowers, the family asks that donations be made to alz.org or the Former Agents of the FBI Foundation Scholarship Fund.